2015 was an epic year for Babbittville Radio. We interviewed over 165 amazing individuals for our show. Of course, each one is my favorite….but if I had to choose, here are 15 of my favorites from 2015.

So Bobke, why would you possibly think that a cyclist who wasn’t having success racing against the ‘B’ league guys here in the states could actually go to Europe, race with the big boys, and be successful? Plus, looking back on the Lance Armstrong era, if asked, what advice would you give the former seven-time Tour de France champion?

If you were advising Lance, what would you tell him to do?  “Vindication is one thing, and reconciliation is something else. You have to be sorry and admit to it. I would recommend a heart-felt apology where you are actually sorry, not sorry because you were caught, but actually guilt-ridden because you cheated. Settle these court cases, apologize from your heart, and move on.” 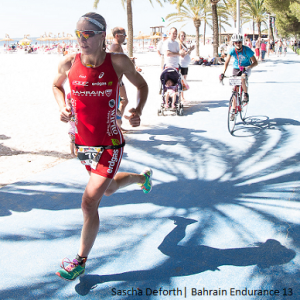 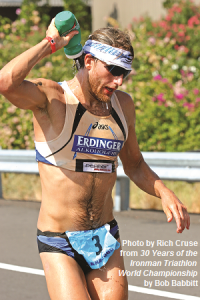 Back in 2005 he was one of the last Ironman World Champions to rock the Speedo.  He came on with us right after dropping out of Ironman Texas to talk about his career, and when he knew the time was right to hang up that Speedo.

When you’ve won 37 XTERRA titles and an XTERRA World Championship, how do you adapt when cancer ends your career? If you’re Jamie Whitmore, you re-invent yourself as a Paralympic Cyclist and become one of the very best in the world.

He is a cycling legend and the stories he shares during this conversation are truly epic. Who else would total their bike during a stage of the Tour de France and, rather than dropping out, grab a kid’s bike off the rack of a family car just to be able to stay in the race. Jensie is as unpredictable in this interview as he was in the peloton. 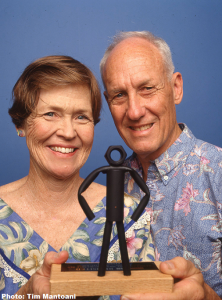 They created the most important one-day event in endurance sports, the Ironman Triathlon World Championship. How did it come to be and what are their thoughts on the phenomenon that it has become.

We taped this interview in front of a live audience from the Triathlon Club of San Diego on what Meb and I call Cinco de Meb and Bob, since May 5th is our shared birthday. Meb took us on a journey that evening that transcends sport.

Her amazing come-from-behind victory at the 2014 Ironman World Championship was one for the ages.

The eight-time Ironman World Champion shares her insights into what it took to become the most dominant woman in her sport. 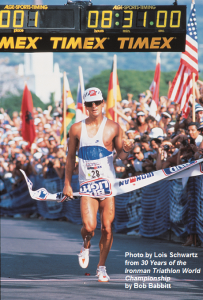 During the 1980’s, he was known as The Terminator for his dominance in triathlon. Scott shares his thoughts on his fellow members of the Big 4 -Dave Scott, Mark Allen and Scott Tinley- who controlled the sport throughout that decade, and his look back at the early days of cycling with a fellow runner by the name of Bob Roll.

He raced in the first ever Olympic Triathlon back in 2000 and shocked the world by bringing the Gold Medal back to Canada. After a disappointing Olympics in 2004, he came to Beijing in 2008, sprinted to the lead and held on for the silver. He also came home the big winner when he outkicked the field to win $200,000, the biggest prize purse in the sport, at Hy-Vee. When the lights and the pressure were the most intense, he always shined brightest.

It was big news when the three-time Olympian was outed for being a high-priced escort in Las Vegas. The bigger news was the story behind the madness and how she and her family are coping with Suzy’s bipolar disorder.

He was told after his horrific injury that the goal, in this order, was to save his life, save his leg, save his mobility, and then worry about saving his career. He came away from the experience loving the freedom that comes with just riding his bike.

From the time of his crash to his first race back, stage one of the Tour of Utah, it was 17 months. The day of that first race back was cold and rainy: “I remember thinking ‘wait a second, what am I doing? This is miserable. Why did I work so hard to come back to this?’ But then, as we were getting towards the end of the stage it was ‘okay, here we go.’ I love racing in the rain and I love it when we’re out there taking risks in the rain. That’s when I just went for it. A lot of endurance athletes are like this. There’s this weird draw to kind of hating what you’re doing a little bit and sometimes a lot, but then you get close to the finish and you light up. The brain chemicals start going and the adrenaline starts going and then it makes that whole period of time in the race where you were so unhappy totally worthwhile in this weird, sick way.”

In this wide-ranging interview we chat about his first meeting with Martin Luther King, his wrestling years, singing the anthem at the Super Bowl, running a 3:10 marathon, racing triathlons and being a correspondent on Good Morning America. Did we mention that he has been blind from birth?

What I hope to be on my tombstone when I am no longer around: ‘Here lies Tom. He was a singer, actor, athlete, author, community citizen, global citizen who, by the way, happened to be blind.’ 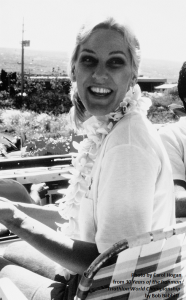 What were your favorites in 2015? Let us know in the comments below. Or tweet us with #BabbittvilleFav. We’ll run a poll with the top nominations to select our Fan Favorite for 2015. Need help remembering all the interviews? Here’s a list.

Thanks for all your support in 2015. Can’t wait to share another year of amazing interviews with you in 2016!