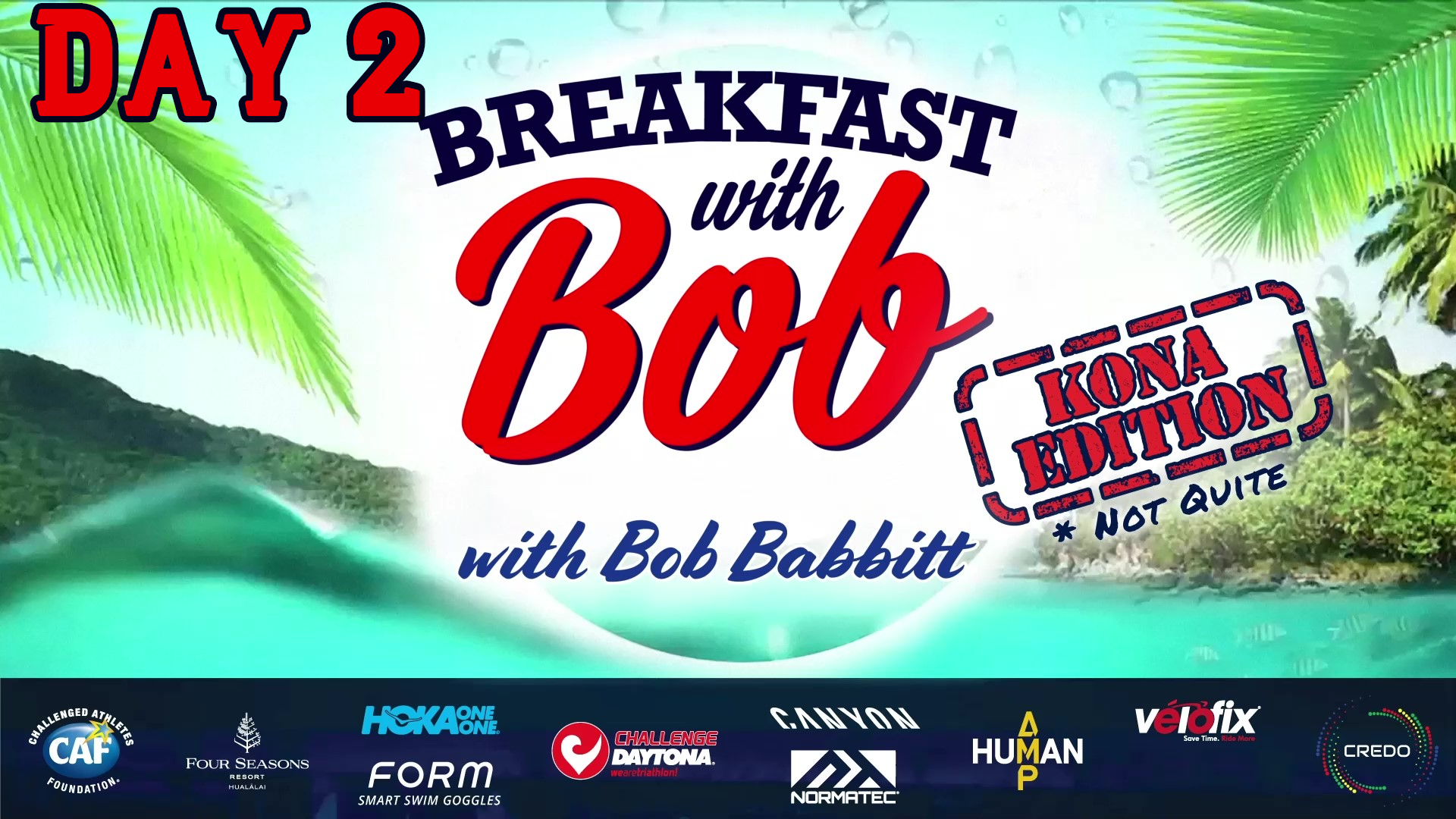 We can’t all be together in Kona this year for Ironman Week, but we can still bring you Breakfast with Bob Kona Edition, just virtually this year. Enjoy the interviews for Day 2.

Timothy O’Donnell had only run five times on the road leading into the 2019 Ironman World Championship because of a broken foot. He really wasn’t sure if he’d be able to make it through the race. So how did he do? He became the first and only American to go under the magic eight hour barrier and took second place, his best finish ever. What did we all learn from TO? Sometimes you just need to throw stat sheets out the window and just race.

It’s not often that someone jumps into the sport of triathlon and has immediate success. But UK’s Lucy Charles-Barclay, in three short years as a pro, has taken second in Kona three years in a row, won the Challenge Championship three times, and in 2019 won Challenge Roth. Next up? She and her husband Reece are creating an age group racing team to join her at the 2021 Challenge Roth and YOU could be part of it!