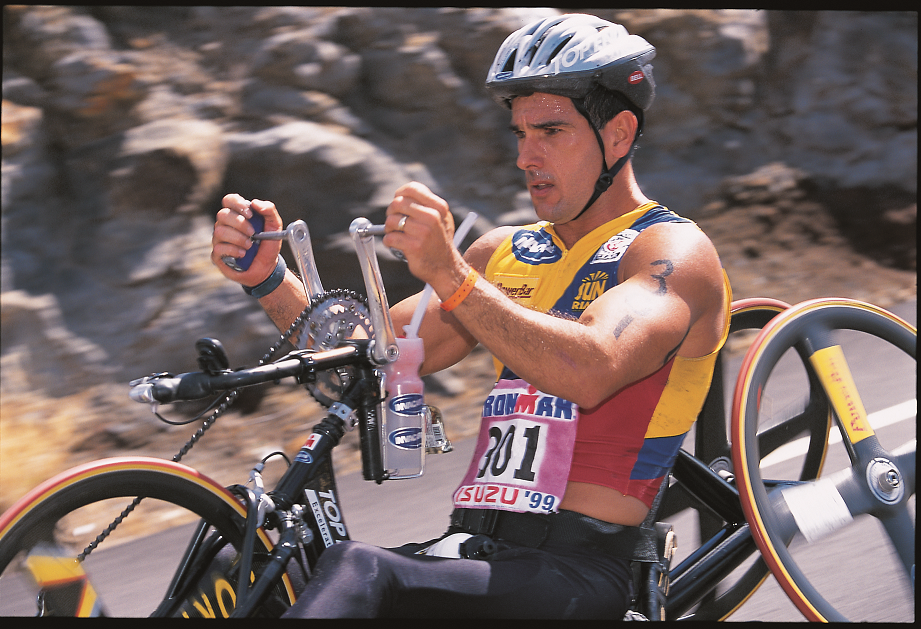 In 1998, 1999 and 2000, Carlos Moleda and David Bailey had three classic races at the Ironman Triathlon World Championship. The fact that Bailey was a former motocross star and Moleda had been a Navy SEAL added depth to an already great story. The rivalry between these two great athletes made the handcycles and the racing chairs disappear. They were simply two triathletes at the very top of their game who both wanted the same thing: to be the Ironman Triathlon World Champion. Carlos Moleda came on with us to go through his history and to talk about the great rivalry and, in his words, “the greatest race I ever lost.”