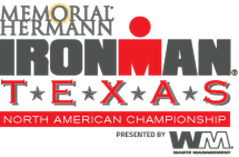 The star-studded pro field will converge in The Woodlands, Texas on May 16 and feature some of the

sport’s top athletes as they compete for the coveted title

presented by Waste Management and will feature some of the most prestigious names in the sport.

Williamson. Rachel Joyce (GBR), who was runner-up at the 2014 IRONMAN World Championship

presented by GoPro will also face off against the field along with IRONMAN 70.3® star Heather Jackson

(USA) and Canadian phenomenon Heather Wurtele, who is fresh off of her win at the IRONMAN 70.3

(GBR), winner of the 2014 IRONMAN European Championship and 2013 Asia-Pacific Championship,

both look to add another championship to their resumes.

Headlining the men’s race is Ben Hoffman, who claimed a second place finish at the 2014 IRONMAN

a battle for the title along with Canadian Lionel Sanders, who burst onto the IRONMAN scene last year.

Sultan and Andreas Raelert round out a talented men’s field.

are looking forward to witnessing the competition and crowning a champion here in North America.”

offer a $150,000 prize purse to male and female professionals which will be distributed amongst the first

In addition to the competitive professional field, more than 3,000 age-group athletes are expected to

compete at this year’s North American Championship. The race will offer 75 coveted age-group

The iconic IRONMAN® Series of events is the largest participation sports platform in the world. Since

the inception of the IRONMAN® brand in 1978, athletes have proven that ANYTHING IS POSSIBLE®

by crossing finish lines at the world’s most challenging endurance races. Recognized for excellence

through distinguished events, world-class athletes and quality products, IRONMAN has grown from a

single race to a global sensation with more than 190 events across five unique brands: IRONMAN®,