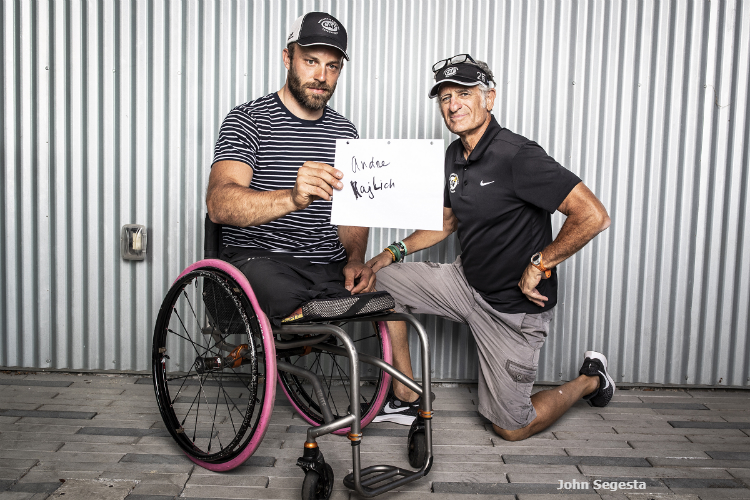 Andre Kajlich was a 24 year old student living in Prague in 2003 when he was run over by a train and lost both legs above the knee. He has since become one of the world’s most decorated endurance athletes by winning the Ironman World Championship in the Handcycle Division, completing the Ultraman World Championship, and becoming the only solo handcyclist to complete the Race Across America. He joined us on my brand new show, Bob’s Bistro, for a chat from Buenos Aires, Argentina right before he, Mohamad Lahna and Lucas Onan set off on a brand new adventure to see if three challenged athletes can get from the lowest point in South America to the highest. You can follow along on their adventure here.