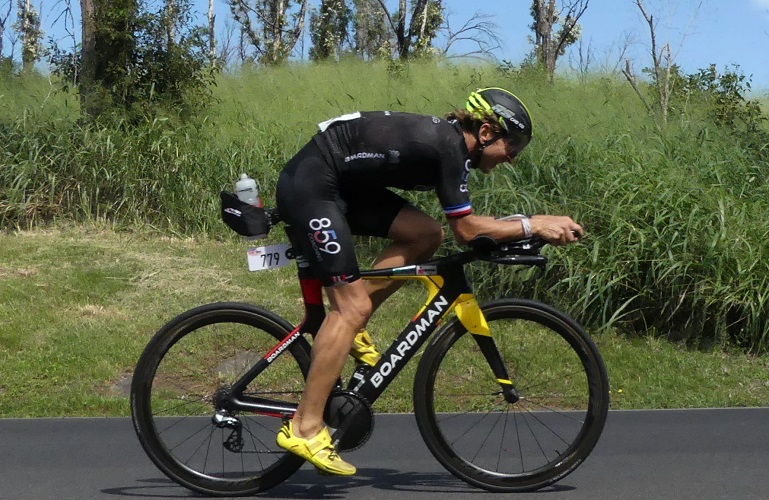 Arnaud Selukov, from France, has done 34 full iron-distance races with a PR of 8:56 at the age of 47. He has also completed three Ultraman events with a third in Hawaii at the World Championship, plus a second in Canada, and a win in Australia. Arnaud also has a coaching company called 859 Coaching and they have an upcoming training camp in February in Oman.