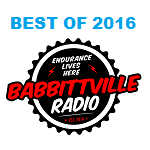 Best of 2016: Siri Lindley was a two-time ITU World Champion, 2001 and 2002, and as a coach she guided Susan Williams to America’s first-ever Olympic medal, which was a bronze in 2004. It is as an Ironman and an Ironman 70.3 coach, though, that she has made her biggest impact with both Mirinda Carfrae – three Ironman World Championship titles and one Ironman 70.3 World Championship title – and Leanda Cave, who in 2012 won both titles in the same year, the only woman to accomplish that feat. Siri’s new book Surfacing with Julia Polloreno from Triathlete Magazine, brings to life a fascinating cast of characters including NFL legend Frank Gifford and Coach Brett Sutton. Siri took the obstacles that were placed in her path and, with the help of others, created greatness. There is a lot we can all learn from Siri’s amazing journey.