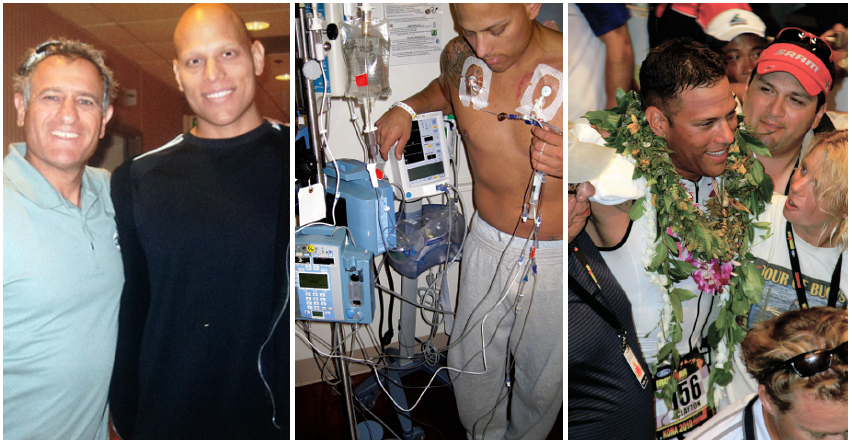 Clayton Treska was a 290 pound Marine when he was diagnosed with Stage 1 Testicular Cancer. After six rounds of chemotherapy, he decided to start swimming cycling and running to lean out now that his battle with cancer was behind him.

Not long afterwards. in July of 2009, the doctors found a tumor on his collarbone the size of a baseball. His cancer had returned and it was Stage 4. Clayton Treska’s journey from a death sentence to completing the Ironman World Championship makes for a fascinating conversation!