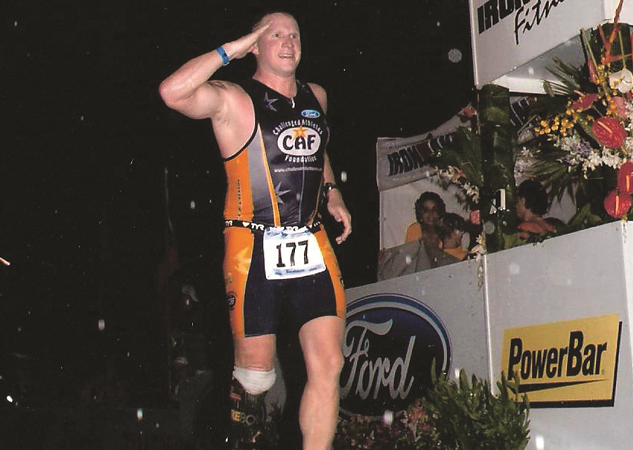 Colonel David Rozelle was the first soldier to lose a limb in battle in Iraq and then return to Iraq to lead his troops with a prosthetic leg. During his journey back from his injury he became a triathlete and finished the Ironman World Championship in Kona, Hawaii.

David was the first Operation Rebound athlete the Challenged Athletes Foundation worked with and he will be returning to Southern California to race Ironman 70.3 Oceanside on April 7th as part of Team CAF/Operation Rebound.