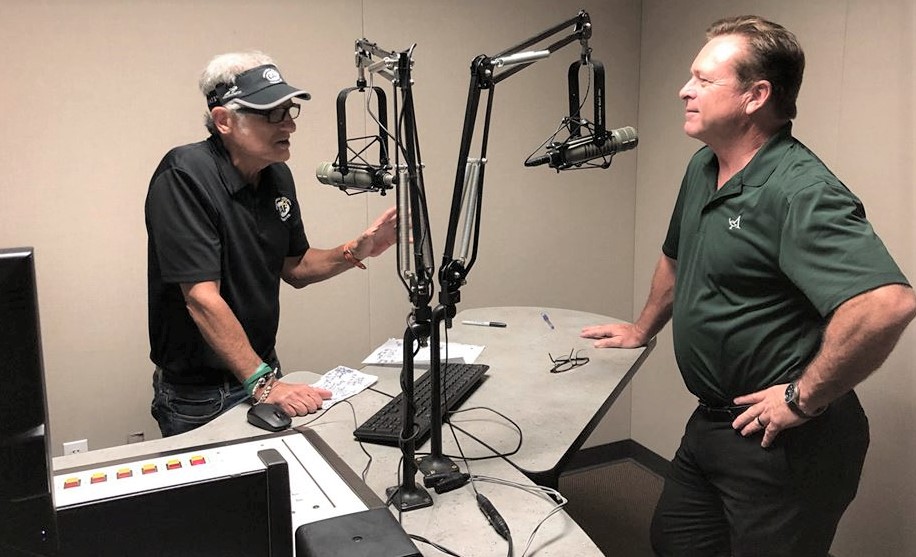 Dan Williamson is a long-time triathlete and the founder and CEO of Aspen Medical Products. Dan and his team have also been involved with the Challenged Athletes Foundation since 2002 and have been the title sponsor of the Aspen Medical Products San Diego Triathlon Challenge since 2008. Dan came in studio to chat about first getting into the sport of triathlon in the early 1980s and he shared the history of his start up  that has now become a $100 million dollar business with international offices in Frankfurt and Shanghai.

Each year Aspen brings their team down to La Jolla with their families for the weekend to participate in- and volunteer at- ‘The Best Day in Tri’ and that weekend a CAF athlete speaks to their entire group the night before the triathlon. During our interview, CAF’s Director of Development Nancy Reynolds surprised Dan with a bottle of champagne in recognition of the fact that Aspen Medical Products has now raised over $1,000,000 for CAF!