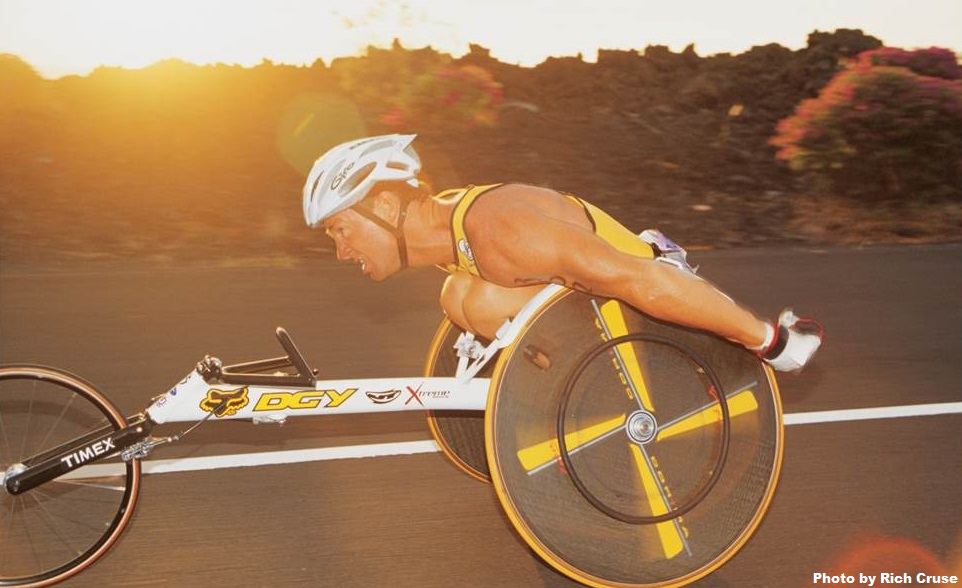 David Bailey was one of the top motocross racers in the world when he was paralyzed during an early season race in 1987. He came on to chat about his early days in motocross, his classic race in 1986 against Ricky Johnson in Anaheim Stadium in front of 70,000 people plus the accident, and how an Olympic Trials pole vaulter who had also been paralyzed in a motorcycle accident by the name of Jim Knaub, helped to get David back into life and back into racing. We also chatted about his classic races against Navy SEAL Carlos Moleda in 1998, 1999 and 2000 in Kona at the Ironman plus his mentoring of young Ricky James. David is simply one of the all-time best interviews.

Katie Zaferes: Breakfast with Bob at the Collins Cup
September 21, 2021