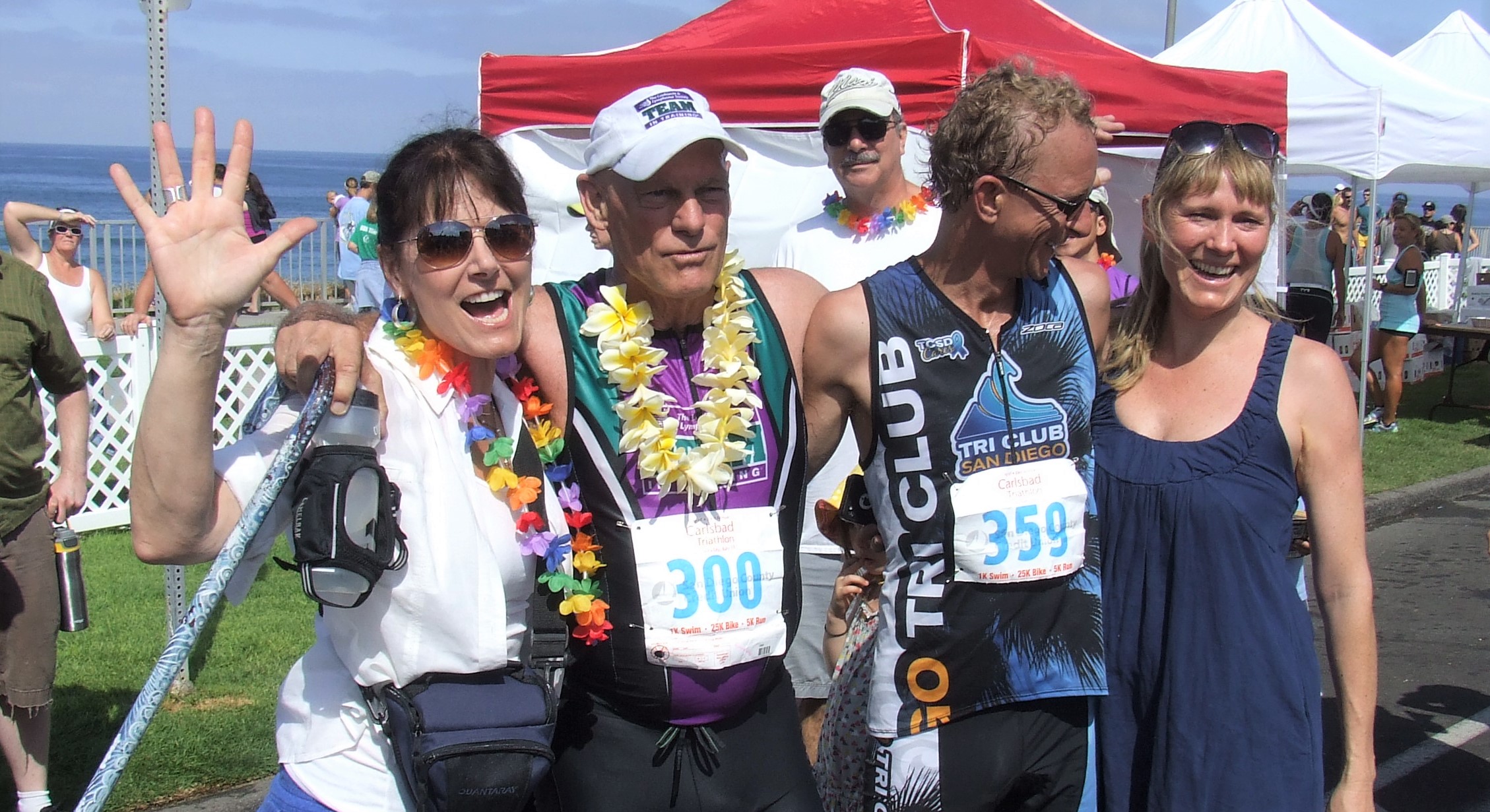 Gurujan Dourson has been doing triathlons since 1984, served as President of the Tri Club of San Diego, and trained hundreds of triathletes through Team in Training for the LavaMan Triathlon on the Big Island of Hawaii. After going through multiple ankle surgeries he recently had his leg amputated below the knee. His goal is to race LavaMan next Spring using his brand new running leg!

Pictured above: Gurujan with his family at the 2014 Carlsbad Triathlon. He was given race number 300 in honor of his 300th multi-sport event.