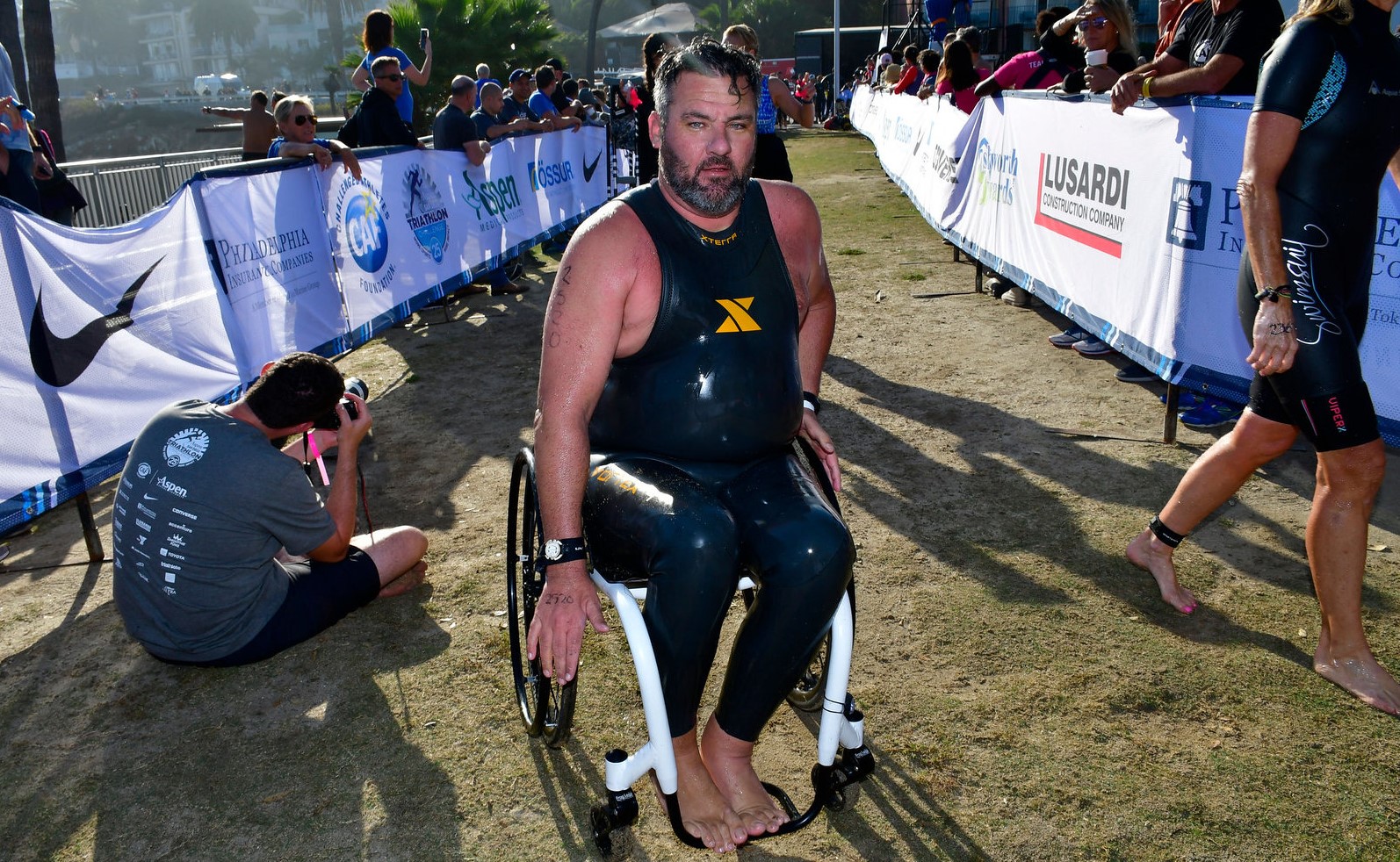 Joe McCarthy was paralyzed back in 1996 while surfing at the Imperial Beach Pier. Through the Challenged Athletes Foundation, Joe was able to get back into the ocean again in 1999 and became a three-time Paralympic swimmer starting in 2000 in Sydney. Next up for Joe? He’ll get back in the ocean by the Imperial Beach Pier as part of a relay team at the legendary Superfrog Triathlon.