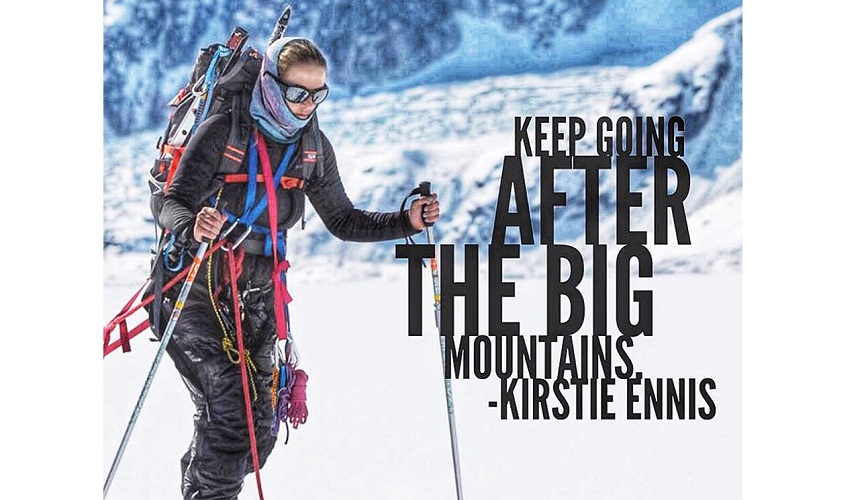 Kirstie Ennis graduated high school at 15 and enlisted in the Marines when she was 17. After six years serving as an aerial gunner on helicopters, she survived a crash during a mission over Afghanistan but was seriously injured. Despite losing her left leg above the knee, undergoing 38 surgeries, and having to have her face totally rebuilt, she has been on the cover of ESPN Magazine’s Body Issue and is now on a path to climb the highest peaks on every continent.