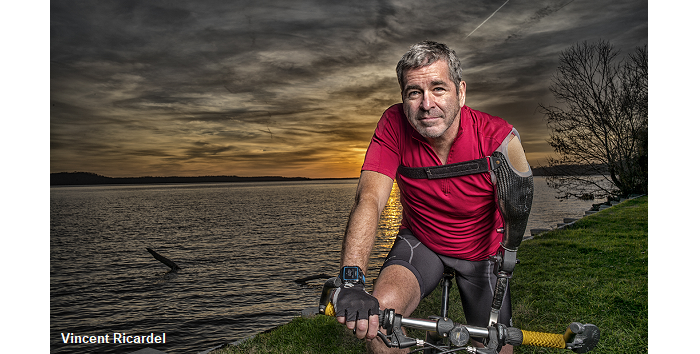 Miles O’Brien is an award winning science journalist formerly with CNN and now with PBS. On February 12, 2014, his life changed forever when a camera case fell on his arm while he was working on a story in the Philippines. At first he thought he had simply bruised his arm. “It hurt, but I thought it would be okay,” he recalls. When he finally did go to the hospital, he ended up having surgery for acute compartment syndrome and when he woke up from the operation, he was missing his left arm above the elbow.

In this wide-ranging interview, Miles shares the lowest parts of his journey and how he now feels that there is absolutely nothing he can’t do. So what’s next for this journalist who is also an avid endurance athlete? After accepting a challenge from his Navy Lieutenant son, he is racing Ironman 70.3 Oceanside as part of Team CAF/Operation Rebound on April 7th. The event is sold out, but if you’d like to join Miles O’Brien on Team CAF/Operation Rebound and race one of the world’s great events, go to challengedathletes.org.