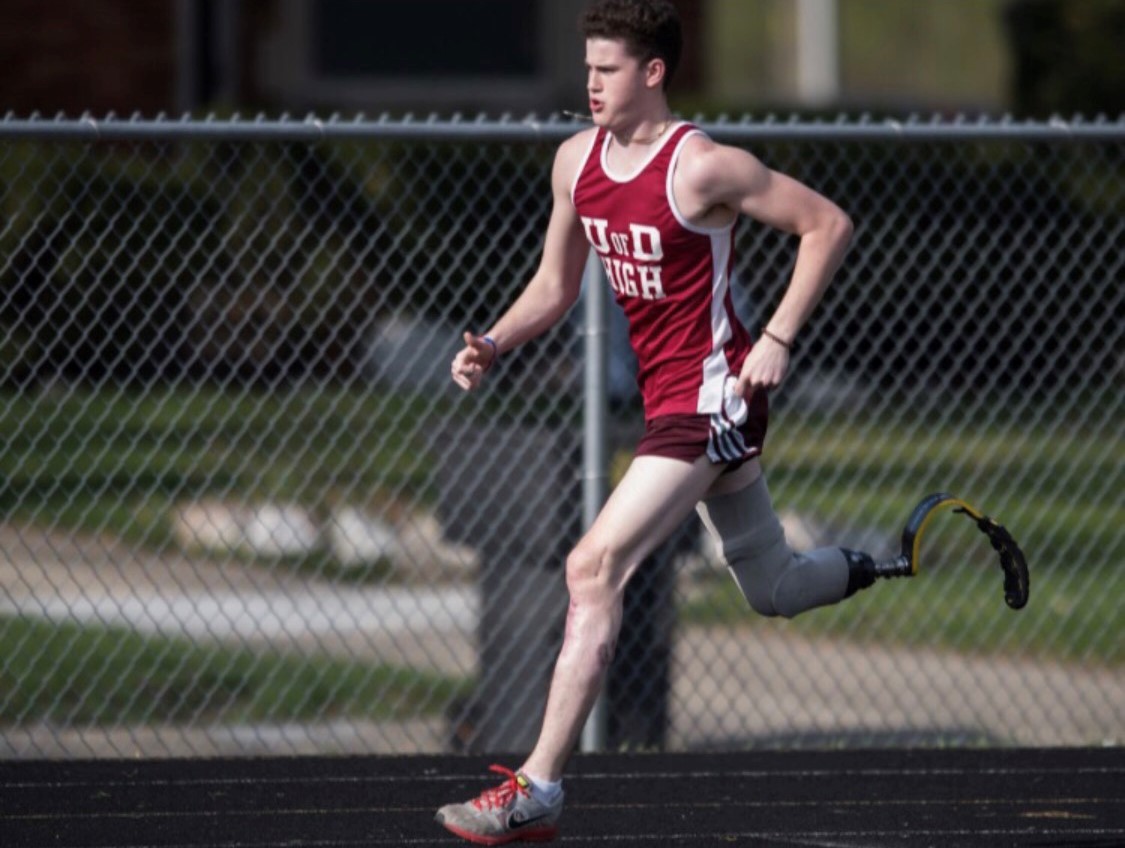 4:29 miler Sean English was on his way to church with his family in early April 2017 when a Jeep with six passengers inside rolled over on the highway. His family stopped to help and Sean was hit by an impaired driver and ended up losing his leg below the knee. Seven months after getting out of the hospital, he was back on the track running the quarter mile for his high school team on a prosthetic leg.