When the waters receded, Noah thought it a blessing.

Here at Wildflower…not so much.

To read about the relentless California drought, now in its fifth year, is one thing. To have it thrust in your face with shocking clarity is quite another. Just two years ago, athletes here swam in a sparkling expanse of mountain water that looked like this: 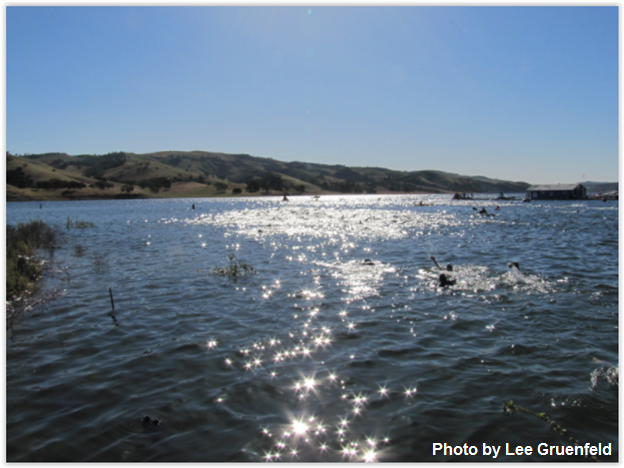 This past weekend, they ran in the same lake because it looked like this: 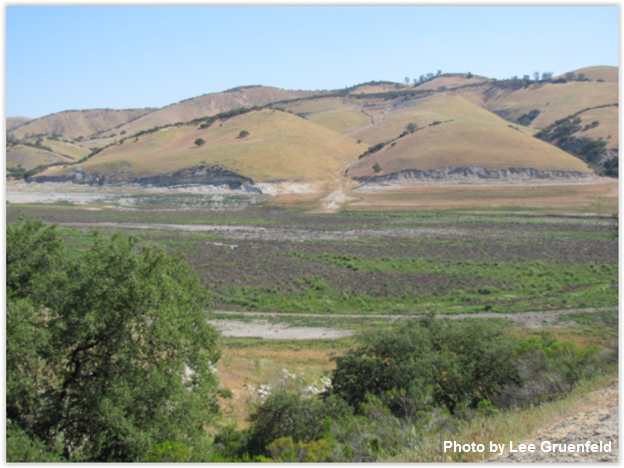 Cherie Gruenfeld standing where swimmers entered the water in 2013. 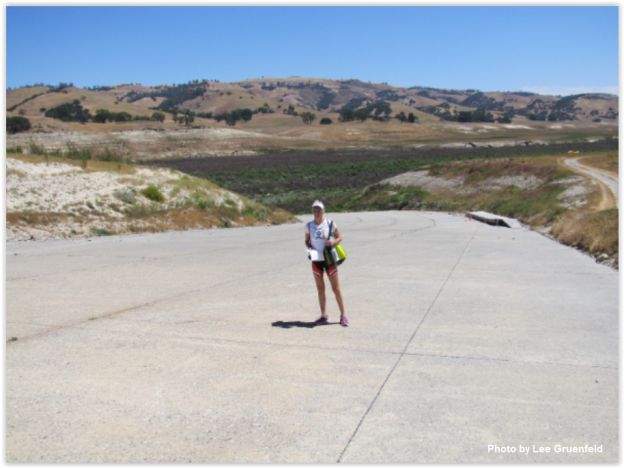 What murky water remains in Lake San Antonio is gathered at its lowest point, at the far south end. Competitors in the long course event (1.2-mile swim, 56-mile bike, 13.1-mile run) were shuttled there in buses from the original start area. After they exited the water, they had to run more than two-thirds of a 5K to get to transition. Wisely, race organizers subtracted those 2.2 miles from the standard half marathon run leg, which, while arithmetically logical, wasn’t at all kind to muscles used to a different sequence of effort. Existing course records were rendered irrelevant when the lake emptied; this ain’t your grandfather’s Wildflower.

Oh, and one more little thing: The drop in water level created what has to be the longest post-swim uphill pull in the sport, a quarter-mile slog up this concrete boat ramp: 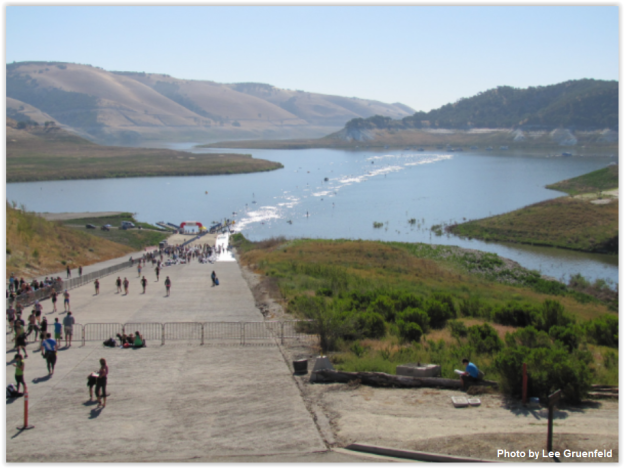 Those little sticks at the bottom? A thirty-yard dock.

Wildflower is already one of the toughest long-course triathlons in the world. Tacking on these little twists was like throwing a spin class into the middle of a soccer match.

But no captain ever proved himself on calm seas, and yesterday the rough non-waters of Wildflower spawned a new sub-species of well-earned braggadocio. 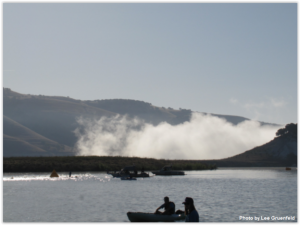 An ominous fog bank threatened to overtake the venue, but mercifully held off. 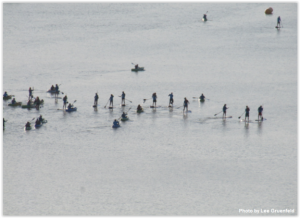 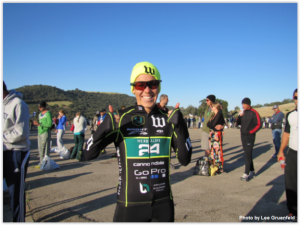 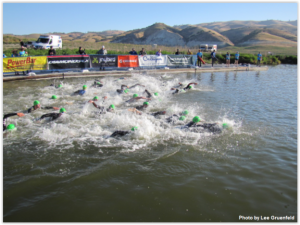 The pro men are off. 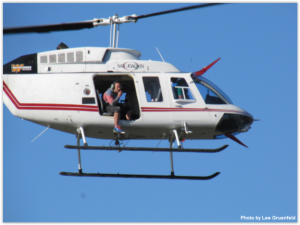 Good seat, if you have the nerve. 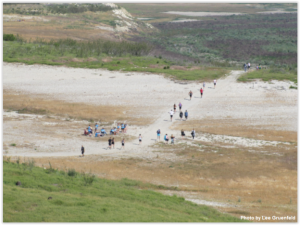 What used to be the bottom of the lake is now the middle of the 2.2-mile pre-bike run. 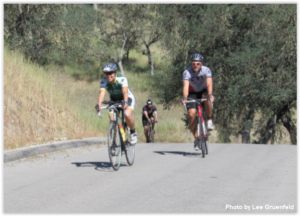 Cyclists at the beginning of the 56-mile bike ride. 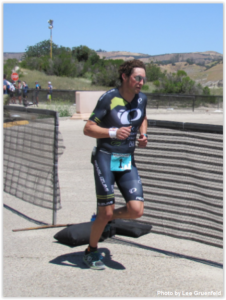 Jesse Thomas burning it in for a jaw-dropping fifth Wildflower victory.

Having left nothing out on the course, two-time defending champion Heather Jackson needs a little hand after her tight second place finish.