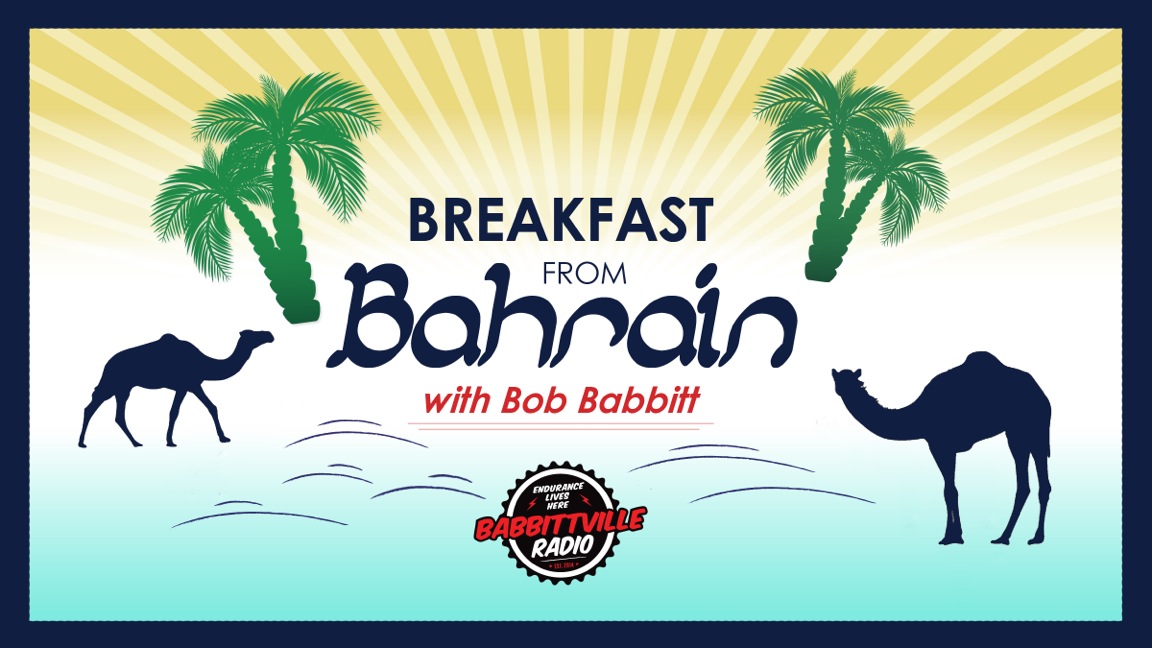 Here are a few of my favorite interviews from our Breakfast from Bahrain show from the inaugural Challenge Bahrain. You can watch all the pre-race and post-race videos on our Babbittville YouTube Channel.

Germany’s Michael Raelert was the very best in the world at the Ironman 70.3 distance after winning the world title twice. But over the past two years he has dealt with injuries and realized that the friends, sponsors, and other supporters who had become part of his team during the good times had moved on. This conversation was one of my favorites because Michael was very candid and the hurt dealt with was obvious. Seeing him win the next day was awesome. As they say, success is the best revenge!

Helle Frederiksen was someone I had not met before. It was great to get a chance to chat with her after her big win at Challenge Bahrain.

There is no better interviewee than Chris McCormack. Macca came on to chat about the field at Challenge Bahrain and his appreciation of what it takes to be an athlete trying to balance work, family and training. “I used to talk to age groupers about that all the time,” says Macca in our conversation. “I had no right to talk about time management at the time because as a professional triathlete I really had no idea. I do now and it’s bloody hard!”

I hope you enjoy these interviews.  Remember, you can watch all the Breakfast from Bahrain videos on our Babbittville YouTube Channel.

Breakfast with Bob from the Boston Marathon: Highlights
April 20, 2020