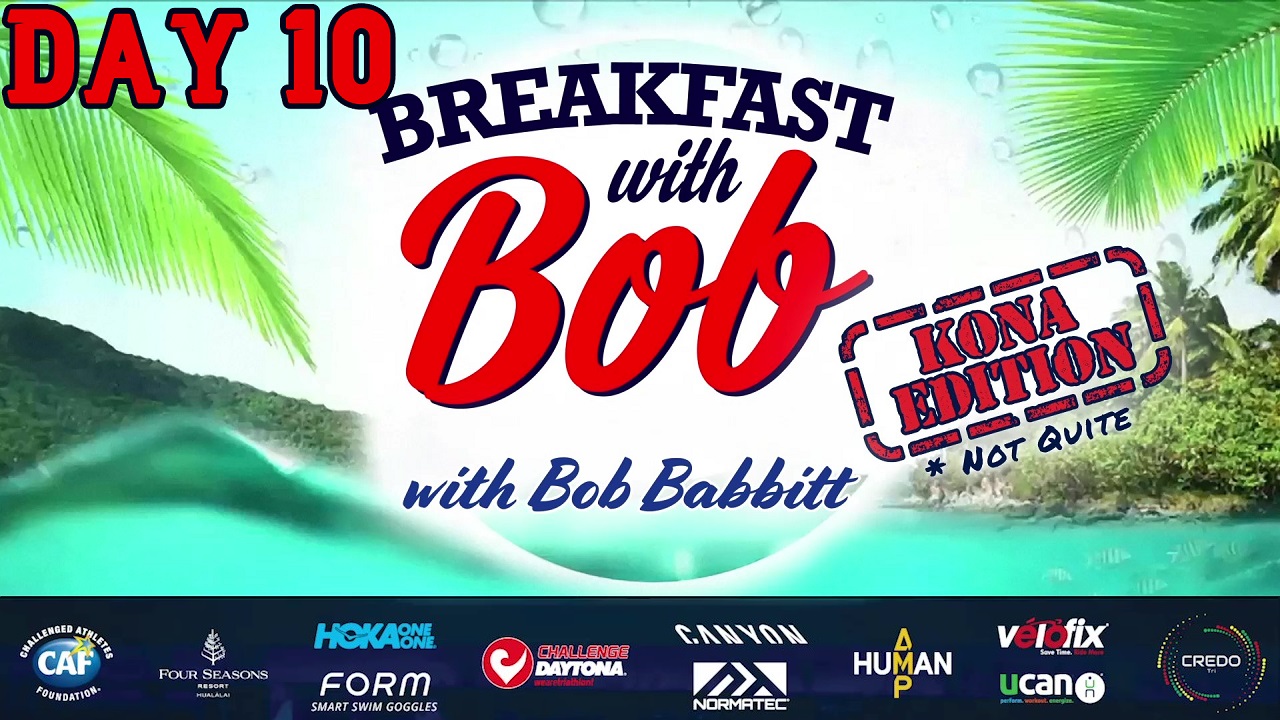 We can’t all be together in Kona this year for Ironman Week, but we can still bring you Breakfast with Bob Kona Edition, just virtually this year. Enjoy the interviews for Day 10.

Sam Long is only 24 years old but he has already finished 13 Ironman races and in 2019 he won Ironman Chattanooga. Sam had some great stories about being a triplet, about 70.3 Worlds in Nice, and what he learned in Kona last October from watching the Ironman World Championship.

Andrew Starykowicz finished up the 2019 season with a second at 70.3 Waco and a third at Ironman Florida behind Joe Skipper and Ben Hoffman. In that third place finish he rode 4:01:19 and went sub 8 hours, going 7:56:32. Last December Andrew went to Challenge Daytona and averaged 30 miles per hour on the race track. Right now his entire focus is on the PTO’s million dollar prize purse for Challenge Daytona. If ever there was a race course that was perfect for Andrew, it’s Challenge Daytona!

Is there a better person to interview when we could all use a little ray of sunshine in our lives than Cam Wurf? Who else on the planet has: won Ironman Italy in 7:46:54 in September, finished 5th at the Ironman World Championship in October, raced for Australia in an ITU event in November, and been part of Team Ineos in a World Tour Pro Cycling event in February (which was his first pro cycling race in five and a half years). Cam has one of the best engines, attitudes, and personalities in all of endurance sports!

It all started with him quitting a good paying job as an accountant. When Chris McCormack told his boss he was leaving to pursue a career as a professional triathlete, his boss laughed. This triathlon thing turned out pretty well for the man they call Macca.