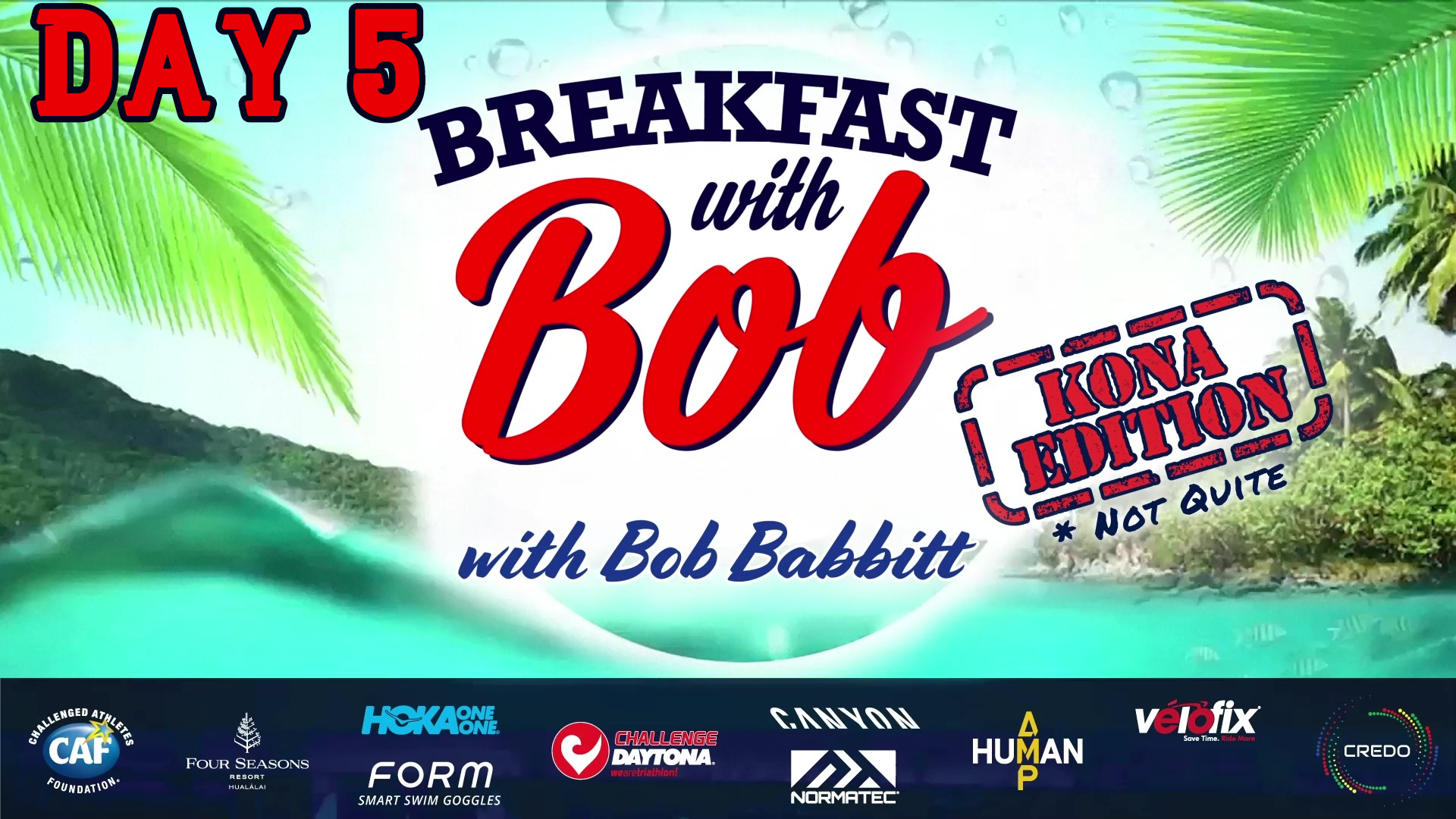 We can’t all be together in Kona this year for Ironman Week, but we can still bring you Breakfast with Bob Kona Edition, just virtually this year. Enjoy the interviews for Day 5.

Alistair Brownlee is a two-time Olympic Gold Medalist, so finishing 21st and running a 3:13 marathon in his first Kona in 2019 wasn’t actually something he was very happy about. His goals for 2021 are to race the Olympics in Tokyo to hopefully three-peat and then head to Kona in October to go for the ultimate double.

Emma Pallant, from the UK, is a very unique athlete. Her times as a runner were 4:09 for the 1500, 13:35 for 5K and 33:33 for 10K and her goal was the Olympics. A knee injury in 2010 forced her into cycling and swimming for rehab. One and a half weeks before the London Triathlon, the race officials saw her on the entry list -she was participating to raise money for charity- and put her in the elite race where she took sixth. Moving to the ITU circuit she had five podiums and three wins in 30 starts before deciding to move to the 70.3 distance in 2016 and took a bronze at the 70.3 Worlds in 2017 in Chattanooga. In her first Ironman race in Austria in 2018 she took third and, even though she won six 70.3s in 2018 and seven in 2019, she feels the full just might be her best distance.

Okay, who has been hotter than the UK’s Joe Skipper? He finished Kona in sixth place with an 8:07:46, went off to Ironman Florida a few weeks later where he won the race and broke the course record (7:46:28) and then, right before Covid shut racing down, he set another course record, this time at Ironman New Zealand. As we head into Challenge Daytona, Joe is hoping to keep his hot streak going.

Spencer Smith from the UK had a great career. His long-time rivalry with Simon Lessing was epic!

John McAvoy grew up in a criminal family and ended up going to prison twice. The second time, he was given a double life sentence. When he heard that his best friend had been killed while attempting an armed robbery, he turned his life around, discovered Indoor rowing and ended up setting eight British and three world records with the help of a prison guard who believed in John before he believed in himself. Does it surprise you that when he got out of prison he found triathlon and became a top age grouper? This is one of my favorite all- time interviews!