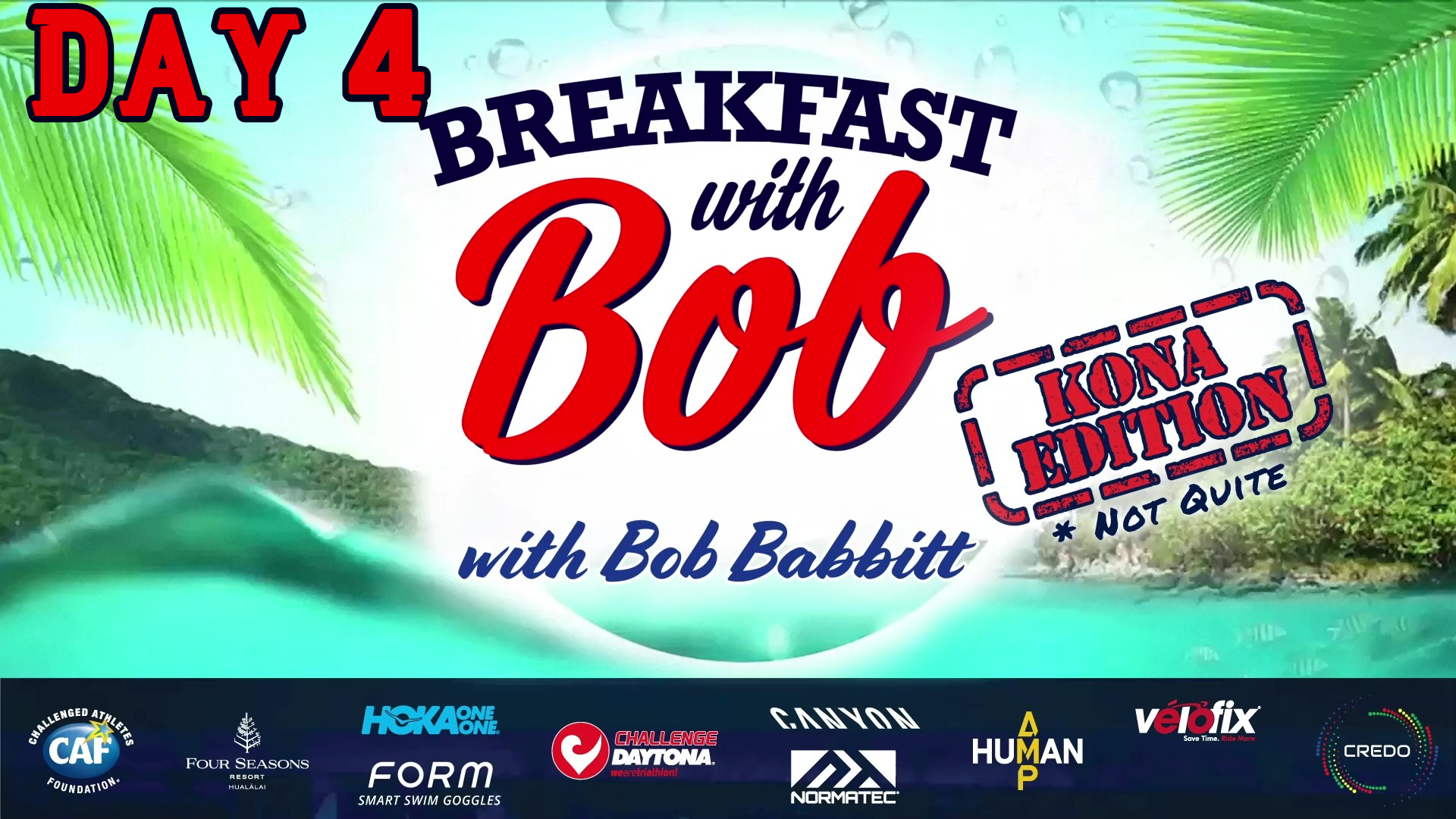 We can’t all be together in Kona this year for Ironman Week, but we can still bring you Breakfast with Bob Kona Edition, just virtually this year. Enjoy the interviews for Day 4.

People forget that before he won Ironman Texas in 2016, Patrick Lange wasn’t sure if he had a future in the sport of triathlon. Then he broke the Ironman run course record and took third that same year in Kona and followed that up with course record wins in both 2017 and 2018. Being sick and having to drop out in 2019 has only made Patrick Lange hungrier than ever to get back to Kona and hopefully win title number three.

Clayton Treska was a 290-pound Marine when he was first diagnosed with testicular cancer. He was told he was in remission and the back pain he was dealing with was simply from a little bit of overtraining since he was now trying to become a triathlete. The reality was something much worse. He was misdiagnosed and was given 18 months to live. The cancer had returned and it was now Stage 4. In this amazing conversation Clayton takes us through his journey from his deathbed to finishing the Ironman World Championship.