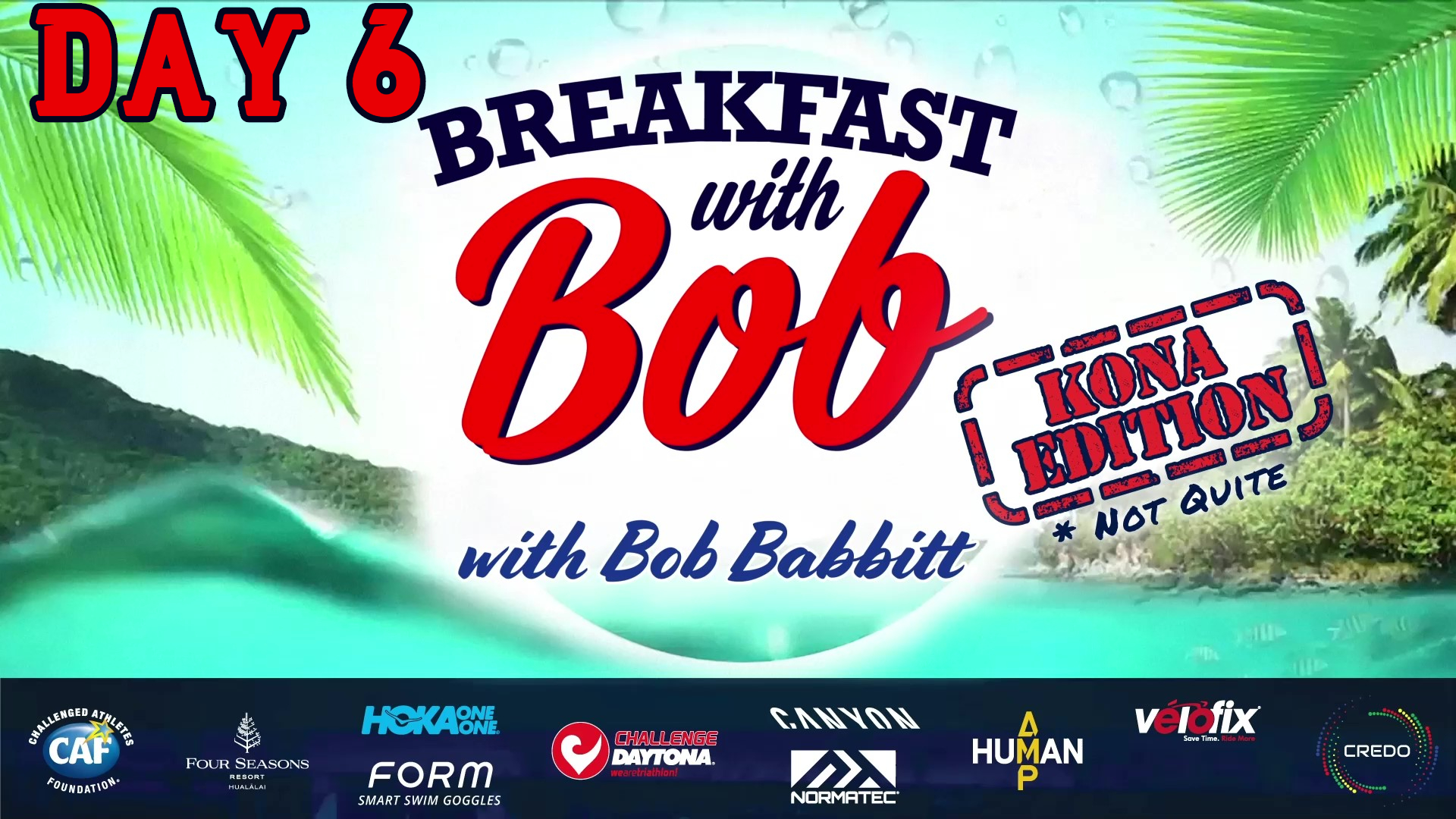 We can’t all be together in Kona this year for Ironman Week, but we can still bring you Breakfast with Bob Kona Edition, just virtually this year. Enjoy the interviews for Day 6.

Josh Amberger understands that not every race day is going to be great, which is why he was able to handle a 17th place finish at Ironman 70.3 Worlds in Nice followed by a 33rd place in Kona to finish up the 2019 season. Could he have dropped out in Kona? Absolutely. But it was important to Josh to finish what he started, no matter what. He recently bounced back nicely with a solid third place at Ironman Cairns. Josh joined us from his new home that he helped design, so I asked Josh to design his perfect race course….tune in to hear what he said.

Three-time Ironman World Champion Mirinda Carfrae is pregnant with her second child and is looking forward to racing Kona in October 2021 when she is 40 years old. We chatted about some of her epic races with Samantha McGlone, Chrissie Wellington, and Daniela Ryf.

The three-time Ironman World Champion joined us for an awesome look back at his amazing career. And the best part? The guy is still racing and winning!

Pete Jacobs did his first Ironman when he was 20 years old, took second at the Ironman World Championship in 2011, and won the most important race in the sport in 2012. During his career he did 35 Iron-distance races which helped him learn a ton about dealing with fatigue, training, and nutrition, which he now passes on to the athletes he coaches.