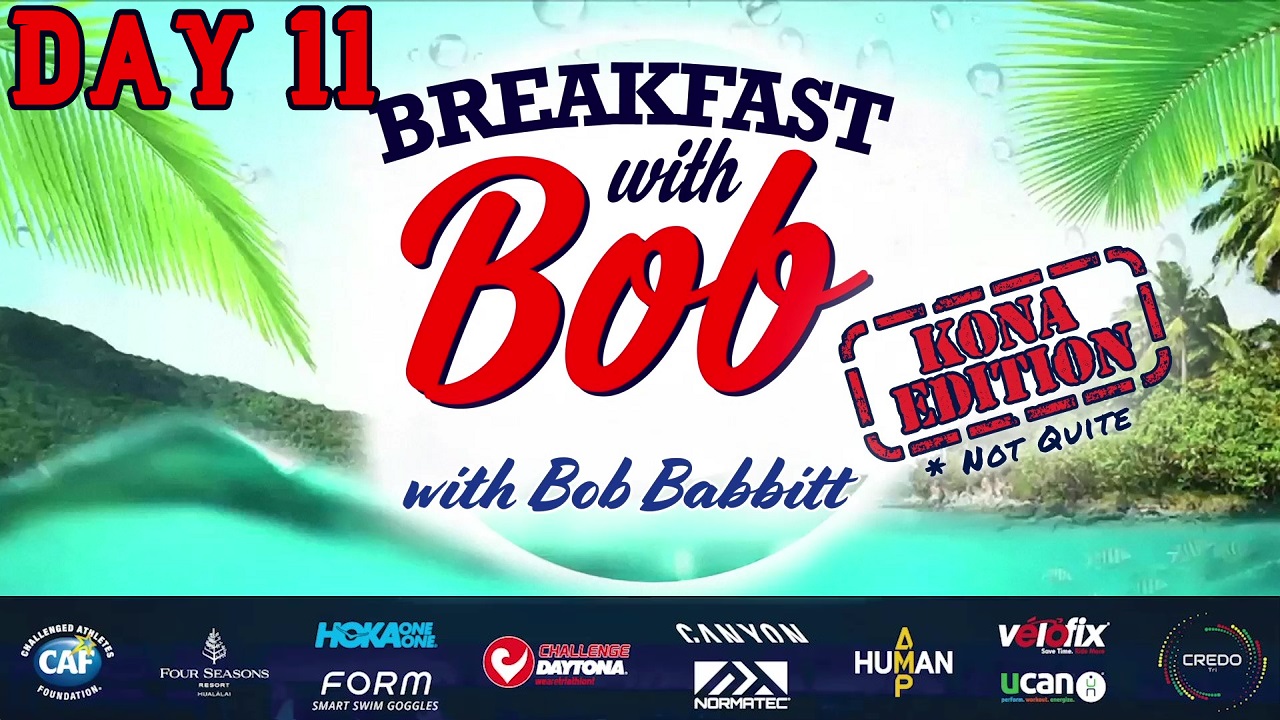 We can’t all be together in Kona this year for Ironman Week, but we can still bring you Breakfast with Bob Kona Edition, just virtually this year. Enjoy the interviews for Day 11: Championship Edition.

When they talk about the world’s most interesting man, in my humble opinion Sebastian Kienle is right at the top of the list. The two-time Ironman 70.3 World Champion, 2014 Ironman World Champion, and 2018 Challenge Roth Champion elaborated on his classic quotes, “When it comes to Kona, there is a fine line between being fit and f-ed.” and “The more you hate yourself during the last 10K of an Ironman marathon, the more you love yourself at the finish.” The guy is the absolute best!

Natascha Badmann is a six-time Ironman World Champion and a true legend in our sport. Who else ends up with a sore arm after every race from cheering on all of the other athletes? Only Natascha Badmann!

Julie Leach took seventh in the 1976 Olympics in Montreal as a kayaker. Her goal was to go to Moscow in 1980 to hopefully medal this time around, but when the US boycotted the Olympics, she wasn’t quite sure what to do next. Her husband Bill had started racing triathlons so she decided to start training with him and the next thing you know she was at the starting line of the October 1982 Ironman, the first Ironman to be held in the fall. So how did it go? Julie won the race and her time of 10 : 54 : 08 set a new course record in her one and only Ironman World Championship.

They shared the greatest race in Ironman history 25 years ago, Mark Allen and Dave Scott came on Breakfast from Kona to talk about Iron War. There’s lots of laughs now for these two fierce competitors.