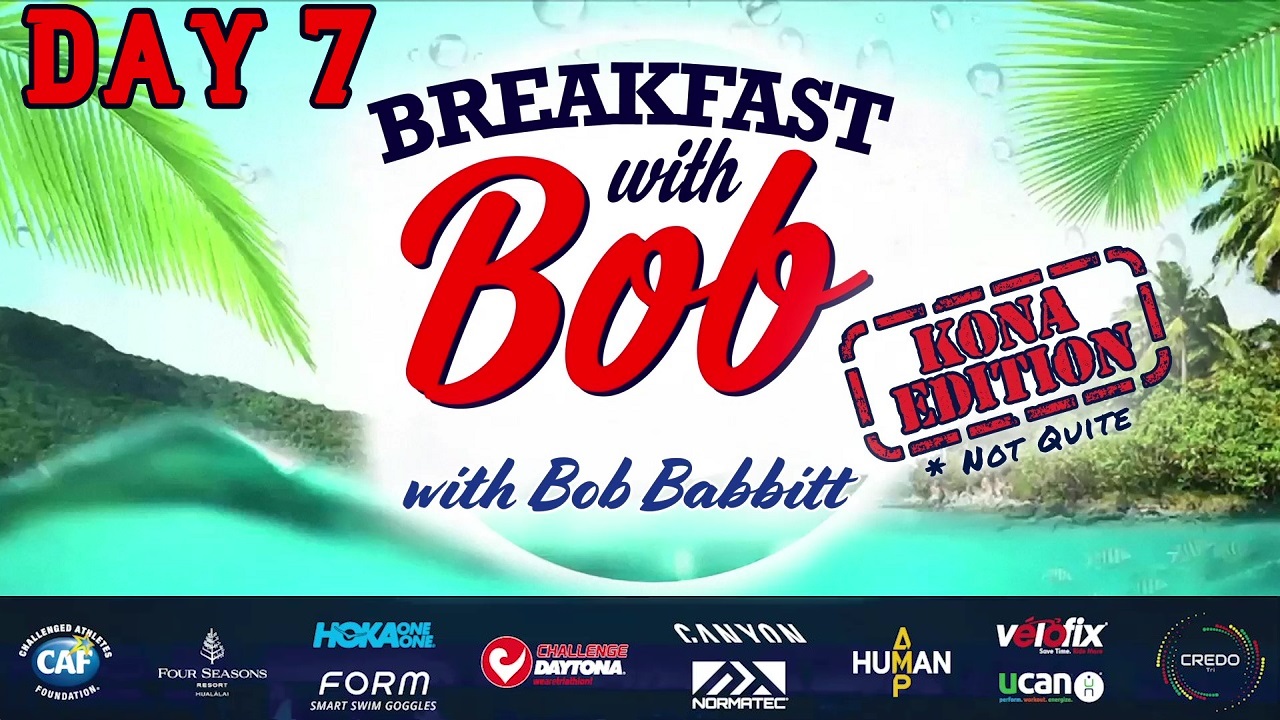 We can’t all be together in Kona this year for Ironman Week, but we can still bring you Breakfast with Bob Kona Edition, just virtually this year. Enjoy the interviews for Day 7.

Sarah True took fourth at the 2012 Olympics, missing out on a bronze medal by a mere ten seconds. When she moved to the 70.3 distance, she took fourth at the 70.3 Worlds in Chattanooga and then followed that up with a fourth in her first Ironman World Championship in 2018. But 2019 was a hard year. In 100 degree heat, Sarah collapsed with less than a kilometer to go while leading Ironman Frankfurt and didn’t finish the Ironman World Championship. The great thing about Sarah is that she has the right attitude, an awesome personality, and there is no question 2021 will be a great year for her.

When Linsey Corbin did her first Ironman World Championship back in 2008, she took fifth place. Who knew that eleven years later she would still be competing at a high level and would take tenth place not long after winning Ironman Wisconsin for the second year in a row. At the age of 39, Linsey just might be better than ever!

Lisa Bentley exemplifies how to overcome obstacles and become one of the very best in the world. Someone dealing with cystic fibrosis is not supposed to be winning Ironman races, but Lisa made a career out of proving the doubters wrong!

Michelle Vesterby has finished fourth, sixth, and eighth at the Ironman World Championship in Kona, is now a mom, and has a personality that is off the charts. Her motto is “Keep Smiling.” And if you are looking for a little motivation today, here it is!