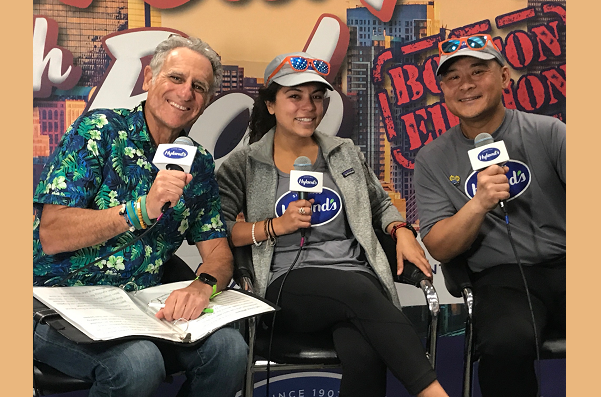 
Tatiana is a speech language pathologist at Children’s Hospital Los Angeles. She helps children recover from brain injury, strokes and cancer. She has run nine marathons and one ultramarathon. Tatiana is also a champion competitive eater. Andy is a certified pediatric orthotist from Forest Hills, New York who has dedicated his life to helping children stand, walk and run. He spends his days evaluating and creating devices that enable kids to use their bodies more efficiently.


Chris is an Air Force pediatrician who has dedicated his life to children’s health around the world. He has been on active duty for 22 years and has served in both Iraq and Afghanistan and has been on several humanitarian missions in South America. He started running after returning from Afghanistan in 2013. Jim is a social worker from Germantown, Pennsylvania who has dedicated his life to the welfare of abused and neglected children. He has been running for 40 years and has completed five marathons and numerous half marathons.


Alys is a medical assistant from Chico, California has overcome addiction to provide hope and guidance to others by sharing her own experiences. Running has played a huge role in her life and she has now completed four marathons and 17 half marathons. Kenny is a firefighter and paramedic from Folsom, California. The former rugby player finds that running helps him cope with the stress of his job. This will be Kenny’s first Boston Marathon.


Mary and Jeffrey are members of the Hyland’s All Healers Marathon Team. Mary is a pediatric nurse practitioner from Frisco, Texas who has dedicated her life to improving children’s health. She ran her first marathon in 1982, her first Boston in 1984 and has completed 10 Ironman races and has been running now for 38 years. Jeffrey is a physician who started running six years ago after being diagnosed with Osteopenia. He had never run before, but since then he has completed marathons in Berlin, Chicago and London plus a number of Ironman Triathlons. This will be his fourth Boston Marathon!


Julie is a Palliative Care Nurse in Salem, Oregon and ran her first marathon eight years ago. She has now completed 21 marathons and qualified for Boston four times. Jamie is a pediatric nurse at Mary Bridge Children’s Hospital in Tacoma, Washington. She has completed 30 marathons, three 50 mile trail races and a number of 50ks. She believes that being a runner and healer go hand in hand.


Stephanie is a dental hygienist from Clovis, California who has been running for six years. She has run three of the six World Marathon Majors and this will be her fourth straight Boston Marathon. Lauren is a physical therapist from Seattle, Washington who ran Boston only three months after giving birth to her first child. 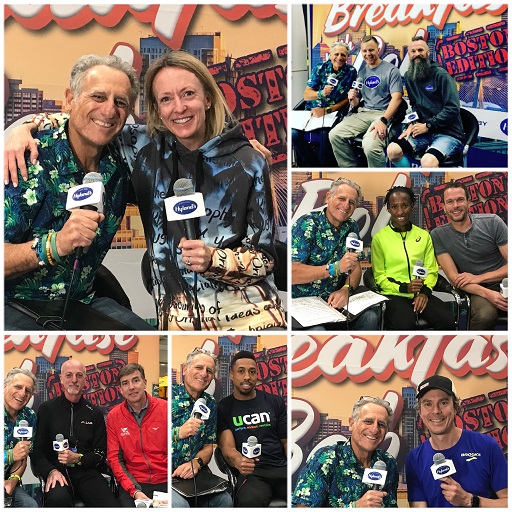 Watch more of our Breakfast with Bob Boston Edition video interviews on Facebook, and on our Babbittville YouTube channel.