Here on Babbittville, we love Canadians! Enjoy a few interviews with some of our favorite Canadian endurance sports stars….

Peter Reid the three-time Ironman World Champion will be inducted into the Ironman Hall of Fame on Wednesday evening in Kona. We chatted with Peter about his career, how he first got started in triathlon, and some of his most memorable races. So many great stories, including some great tales of training with and racing against Tim DeBoom.

A Breakfast with Bob chat from Lionel Sanders’ rookie year in Kona. The journey that Lionel has been on to get here is one of the best stories in sports. 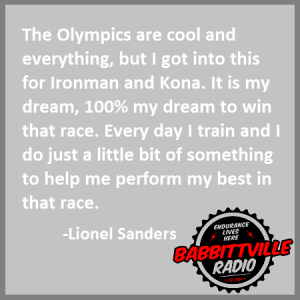 Filmed on location at the Boston Marathon in April: After knowing so much about Lionel and his background, we got to meet his incredible mom Becky, who is running the Boston Marathon on Monday, her 5th Boston. It was great to hear Lionel’s story from her perspective. We learned that Becky is quite an athlete herself, an accomplished triathlete, who has finished Ironman Mt Tremblant, and will be racing at the 70.3 Worlds in Chattanooga. Becky’s ultimate goal? The Ironman World Championships in Hawaii. Lionel told us he is waiting to swim to the coffee boat until his mom qualifies for Kona, and they can swim out together! Before then, Lionel, who qualified in Kona, and his mom, who has a PR of 3:30, will get to enjoy running the Boston Marathon on Monday.

Lisa Bentley is in the Canadian Triathlon Hall of Fame, has 11 Ironman titles, and in 2006 was third at the Ironman World Championship. We chatted with Lisa about why she loves Kona so much, and why those races mean the most to her. Lisa was diagnosed with cystic fibrosis when she was 20, and she talked with us about the impact of being a professional athlete with cystic fibrosis. Imagine racing with your lungs at 50% capacity!

A fun Late Night Breakfast with Bob interview from the 2015 ITU Hall of Fame Gala in Chicago. Simon Whitfield came on to chat about his Olympic gold and silver medals, plus the huge prize money race he won at Hyvee on a day he thought about dropping out during the bike ride.

Bahamas with Bob filmed on location at the Island House Invitational Triathlon. For husband and wife Heather and Trevor Wurtele, it all started with a mix tape…. We chatted with one of the contenders for Fastest Couple at the Island House Triathlon about how they first met, and what life is like for a married couple both racing as professional triathletes.

From Breakfast with Bob 2015: This is Iron Rookie Angela Duncan Naeth’s first time here racing Kona. For Angela who lives and trains in Las Vegas, she says the windier, the better!

Alicia Kaye has been racing as a professional since she was 14. In those 18 years, she spent 16 of them racing Olympic distance. So her progression has been steep: jumping up to 70.3 last year, and 140.6 this year. Alicia talked about how she loves racing the 140.6 distance because it is so raw.

Brent McMahon has gone sub-8 hours at the Ironman distance three times – as he told us: “The faster you do it, the faster it’s over.” In his debut at Kona last year he finished 9th, and we talked about what he learned from the day: he was 5th off the bike, and started the run thinking “OK, I’ve got this,” before the wheels came off. We also talked about his 20-year relationship with his coach, Lance Watson.

Melanie McQuaid is now 40, but the three-time XTERRA World Champion still feels that she can race at the very highest level. I am intrigued by athletic rivalries and we got into one of the very best: the one between Melanie and Jamie Whitmore.

Breakfast with Bob Challenge Penticton Edition, filmed on location at the Hooded Merganser Bar and Grill on Okanagan Lake. Two-time Challenge Penticton champion Jeff Symonds lives by the ‘Get Ugly’ mantra. Penticton being his hometown, winning in Penticton is a big focus. We also chatted about Jeff’s background in one of my favorite sports: steeplechase! 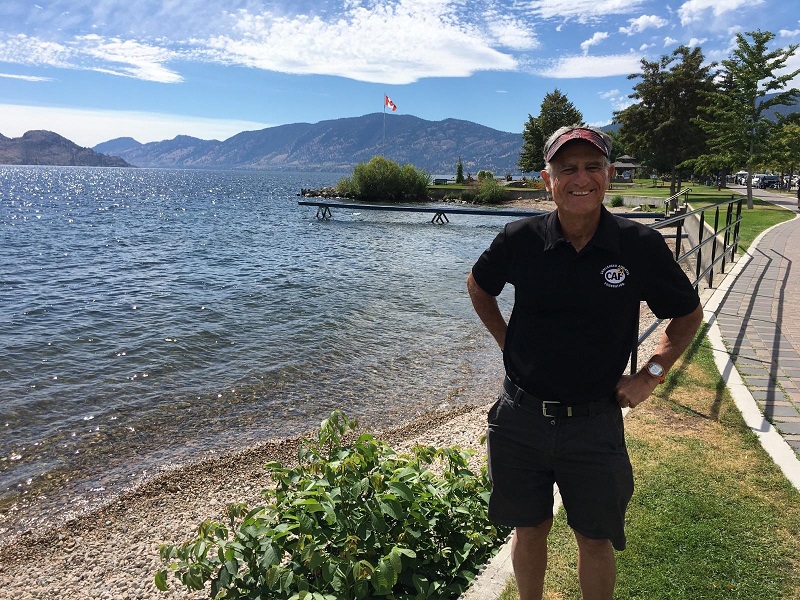