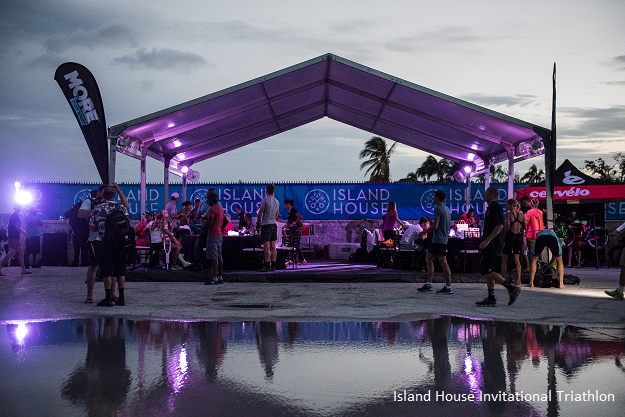 Great Britain’s Holly Lawrence and Australia’s Aaron Royle stand atop the leaderboard after the individual time trial stages of the Island House Invitational Triathlon, a unique three–day triathlon event in the Bahamas. 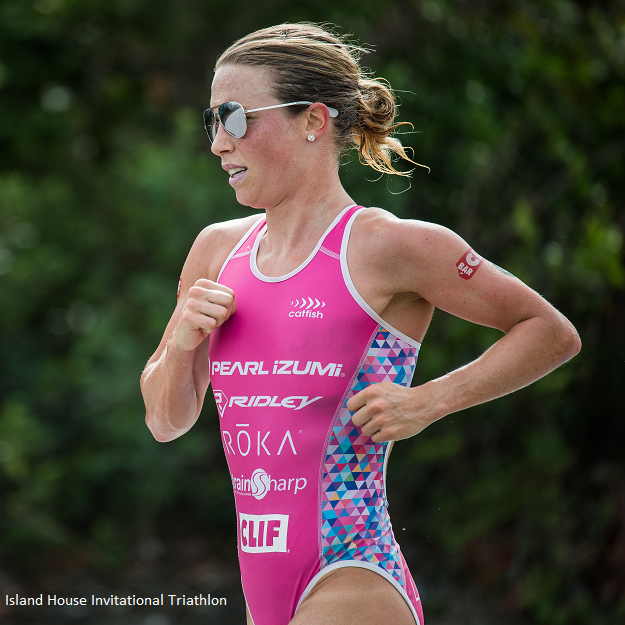 The first day comprised of separate time trials in each of the swim, bike and run triathlon disciplines. Beginning at 7am from the picturesque Clifton Beach in Nassau, swimmers set off at 20 second intervals for the 750m swim. After a short break, competitors completed a 20km cycling time trial along a closed circuit. To finish the morning of racing, athletes ran a 5 km loop on the flat but windy Western Road, thus completing a sprint distance race and earning their total time for the day’s stage.

In the women’s race, ITU swim standout, Carolina Routier from Spain had the best time ahead of the US’ Lauren Brandon and three-time Xterra World Champion and reigning ITU World Champion, Flora Duffy. Routier’s lead was short-lived as the competition moved onto the cycling time trial and the ITU athlete struggled on the less familiar time-trial bike. Canada’s Heather Wurtele recorded the fastest bike split, edging out Lawrence by just one second. However, Lawrence’s performance on the bike was good enough to give her the overall lead heading into the third and final event of the day, the 5km run. As expected, USA Olympic gold medalist, Gwen Jorgensen produced the fastest female run split and was the only woman to dip under the 17-minute mark. That result was enough to catapult Jorgensen into 3rd overall. Duffy posted the second fastest run split to move into second place while Lawrence’s run was enough to retain the lead on the day with a cumulative time of 56 minutes and 54 seconds.

“The most challenging part of the time trial format was not knowing where I was relative to the other girls,” shared Lawrence post-race. “I thought I might be going too hard and was going to blow myself up!”

The men’s race was equally thrilling with significant leaderboard reshuffles after each time trial. Australia’s Aaron Royle, posted the fastest swim with a time of 9 minutes and 36 seconds. Reigning ITU World Champion, Mario Mola from Spain, placed second, 13 seconds adrift of Royle and USA’s Eric Lagerstrom was third a further 4 seconds back.

The 20km cycling leg shook up the men’s order substantially as the non-drafting specialists revealed their time trialing prowess. Canada’s Lionel Sanders reversed a substantial deficit after the swim, with the day’s best bike split, ahead of New Zealand’s Terenzo Bozzone and USA’s Cameron Dye.

The final run leg brought about even more lead changes with South Africa’s Richard Murray posting the fastest run of the day ahead of Mola and US Olympian, Joe Maloy.

When the results were tallied at the end of the day, Royle did enough on the run to take the overall lead in the men’s race, narrowly ahead of Bozzone in 2nd and Murray in 3rd. Less than a minute separates the top ten men so there will be plenty of excitement to come in the next two days of racing. 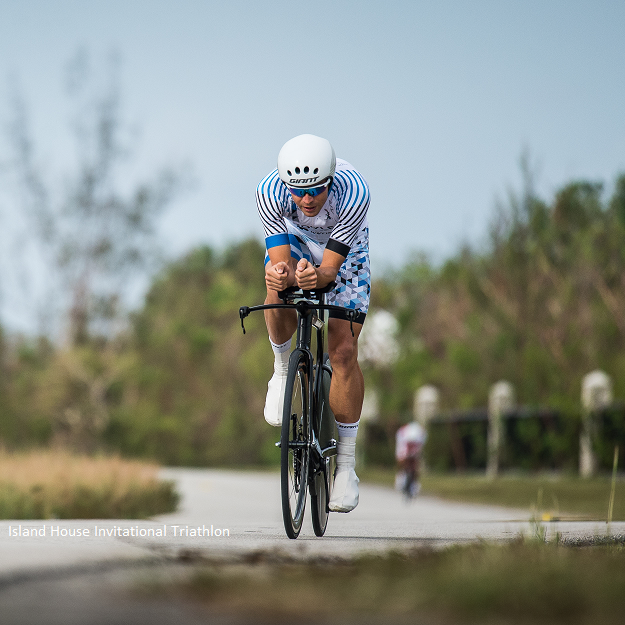 “Today went well across the board. A good swim set up the day and I was able to consolidate on that on the bike and run,” said Royle, pleased with his performance. “It was great to challenge myself against the Uber bikers and see where I’m at in comparison to them.”

The multi-day event also includes a “Fittest CEO Challenge” with 9 CEOs competing over a variation of the professional swim, bike and run distances.

The action continues tomorrow with day two’s Enduro stage, a mass start event which comprises a 750m swim, a 5km run, a 40km bike, a 750m and a 5km run for the professional athletes and a shorter version for the CEOs. The three-day event culminates on Sunday with a sprint distance race for the top ten male and female athletes after days 1 and 2 on the private island of Highbourne Cay. The athletes are competing for share in a $500,000 prize purse.

For race coverage, please follow @islandhousetri on twitter for updates and links to additional coverage and timing. A daily recap show, “Bahamas with Bob“, will feature select athletes and insider information on each day’s racing.

For more details on the event, check out the Island House Invitational Triathlon website.

Results after Stage One