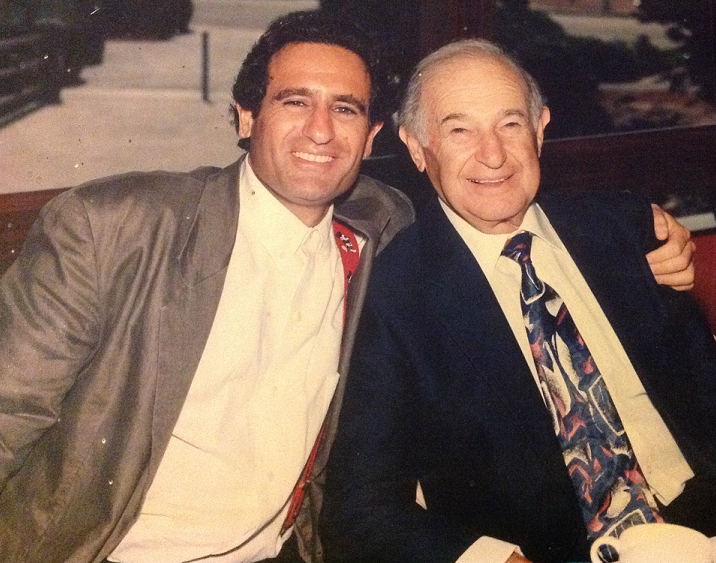 From the archives: Remembering my dad on Father’s Day…… 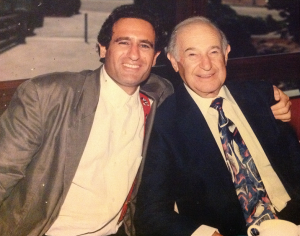 The ceiling above my head is a mere four feet high. The pavement my knees are scraping against is raw and abusive. As a child, the crawl space under my parent’s home was always one of my favorite places to be… Memories stored in rows and rows of boxes just waiting to be rediscovered.

My sister Judi, my brother Floyd and I all had Dad-made wooden toy boxes with our name in script on the side. Floyd’s, although ten years older than mine, was still immaculate and well-organized, just like its owner. Mine is missing two wheels and a fair amount of paint. Inside, there’s a pile of cobweb-covered blue splinters with random pieces of long-forgotten games strewn among them.

I smile and start rummaging through. Head pieces from the Rock ‘Em Sock ‘Em Robots. My favorite game, electronic football, was somewhat intact. Man, my friends and I could entertain ourselves for hours with that baby. Little magnetic guys and a cotton swab in the shape of a football. Huddle up the players, tuck the cotton swab under one of their miniature arms, throw the switch and watch everyone scramble. Every time you switched on, every other electric appliance in the house switched off. Lucy, Desi, Fred and Ethel suddenly became an x-rated scramble.

It was what you might call a maximum impact toy.

In a corner of my toy box, beneath some stuffed animals, is a pair of red boxing gloves I haven’t seen in over 30 years. Suddenly, I’m ten years old, back in the basement, facing my Dad.

He circles to the right and leads with the left. Out of nowhere, a padded glove thuds against the side of my head. I stagger back, seeing small farm animals circling my forehead. There’s the pig. Look at the size of that cow! In a fog, I try to remember my dad’s instructions: “Keep your gloves up and protect your head,” he told me over and over again. “Always protect your head.”

It’s too much. My dental-floss-look-alike arms fight a losing battle, struggling to keep those mammoth red piles of padding aloft at head level, quivering from the effort.

Fathers and sons share a unique relationship. Most of our communication is of the barely-spoken variety. When you’re about four or five, a glove and a ball are introduced for the first time. Remember? Not a lot of dialogue comes along for the ride. “Let’s throw.” Is what I remember. Further down the father-son timeline, Dad will introduce a full assortment of life’s props with the same type of exciting banter. From the guys I’ve talked to, “Let’s hit” accompanies a bat and usually occurs around the same time as “Let’s throw.” “Let’s drive” and “Let’s fill out these college applications” is still light years away.

I remember how the basement boxing started. I came home from school with a bloody nose after a scuffle of some sort. The next day, these red lace-up pillows entered my life. “Let’s box,” said my dad.

My dad worked late every night, so by the time he got home the rest of the family had already eaten. For the next year or so, every few weeks he appeared at my door after his dinner, gloves in hand. We would retire to the basement, silently tie ‘em on, and then dance the pugilist tango.

I was the original designated hittee, my dad the designated hitter. Left hands, right hands, combinations, uppercuts, body blows… To me the guy was a human octopus. The words were scarce, but they sank in. “Block with the left… load up the right… protect the head.”

I’d be breathing heavy from exhaustion and panic after just a few minutes and could never remember my cues. “Block the left? Lead with the right?” I could feel my heart pounding in my head, accompanied as always by his omnipresent right jab.

After ten minutes or so, my dad would realize I had no more left to give. He would put his arm around me and tell me how good I was doing. Good? I hadn’t come close to hitting him. I was a sweaty mess and had red glove tattoos all over my anatomy.

Then one day it happened. We had been going at it for about five minutes or so. He circled left and threw a left hand. I blocked with my left and attacked with the loaded up right. For the first time in my life, my glove actually made contact with something other than his gloves or air.

I hit him in the left shoulder. A glancing blow to be sure, but a blow nonetheless. We both stopped and stood motionless. My body was heaving back and forth, the sweat dripping from my flattop into my eyes.

He smiled, blue eyes dancing, and started unlacing his gloves. Taking the hint, I unlaced mine. As always, he put his arm around me as we walked to the stairway and back upstairs. At the top of the steps, I turned right to my room and he headed back to his.

“Great shot,” was the last thing I heard before he disappeared. We never boxed again.

Back in the crawl space, I hold the gloves up to the 60-watt light bulb above me. Seem to be in pretty good shape. My dad taught me some of life’s most important lessons with these gloves. He taught me, among other things, to stay calm in the heat of battle and to hit what you aim at.

I place the gloves back in the corner of my toy box, crawl back toward the entrance and flick off the light. My dad just happens to be walking past as I emerge. He smiles.

Thanks for the pounding and the lessons, Dad. And happy Father’s Day.

Boxing Lessons appears in my book: Never a Bad Day 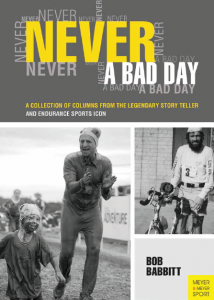