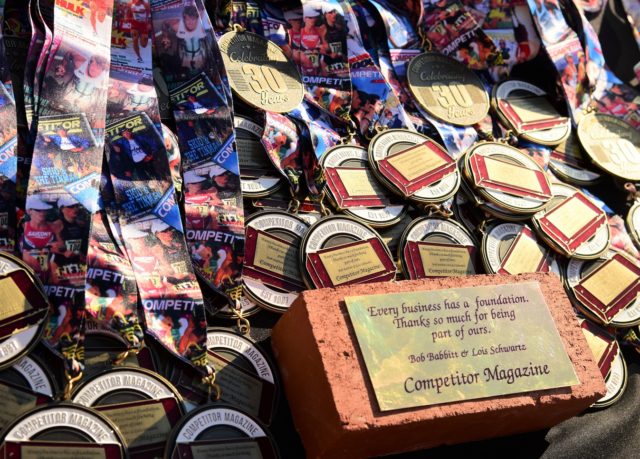 Lois Schwartz and I launched Competitor Magazine in June of 1987. To celebrate the 30th Anniversary of our first edition, we invited some of our closest friends to a get together on June 29th at the amazing Deni and Jeff Jacobs Challenged Athletes Center, home of the Challenged Athletes Foundation. We spent a fun evening eating, drinking and catching up with the amazing athletes and personalities that helped to build the wonderful world of endurance sports over the past three decades. 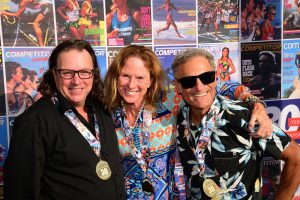 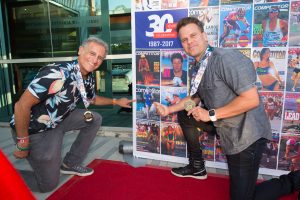 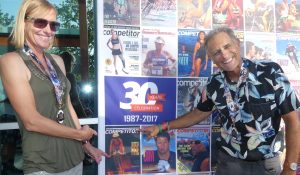 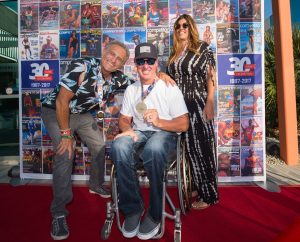 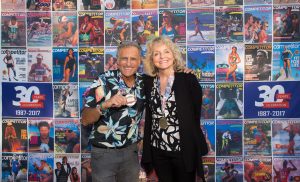 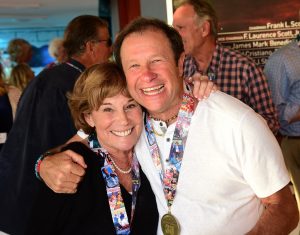 As I glanced around the room, what struck me was the legacy this group has created. In that room were John and July Collins, the visionaries behind the Ironman Triathlon, plus Jim Curl and Carl Thomas, the creators of the United States Triathlon Series. 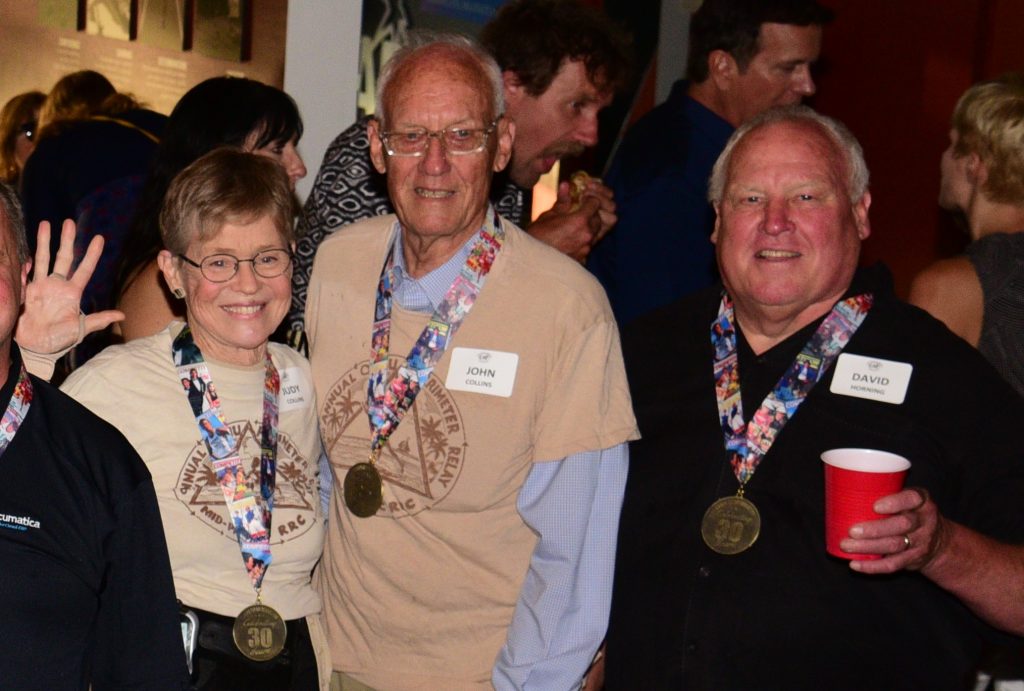 Sally Edwards, the woman who helped make the Fleet Feet Sports and the Danskin Women’s Triathlon Series a reality was there along with Badwater’s Chris Kostman, David Horning from Escape from Alcatraz, Terry Davis from Wildflower, Lynn Flanagan from the Carlsbad Marathon and Tracy Sundlun, who co-founded the Rock ‘N’ Roll Marathon Series. 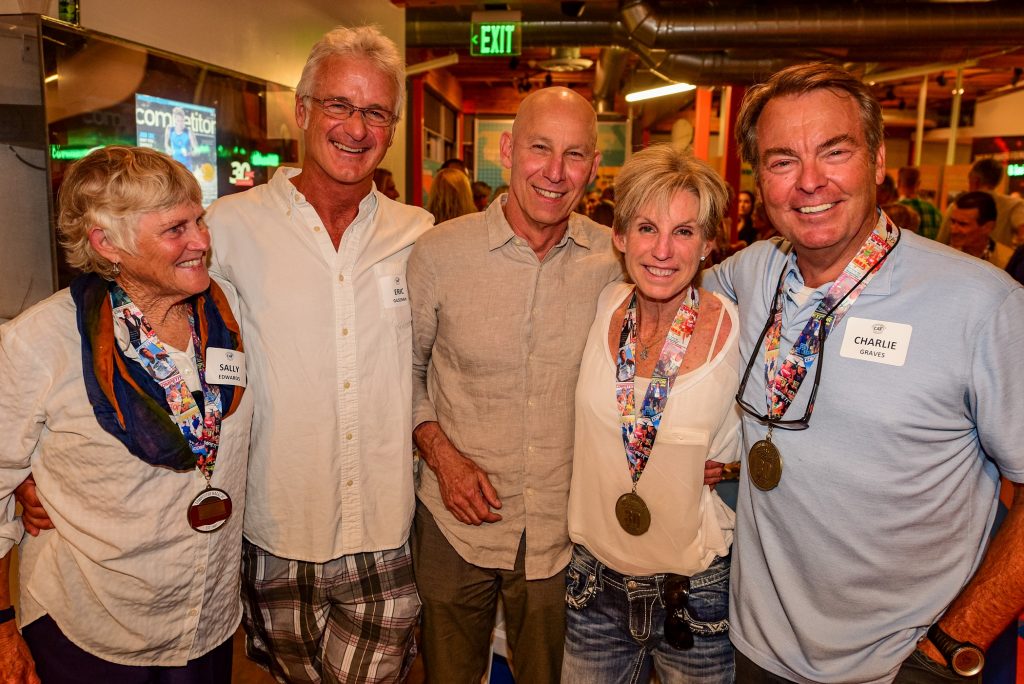 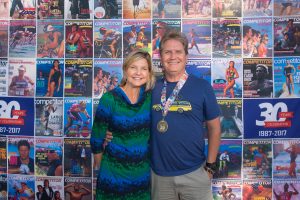 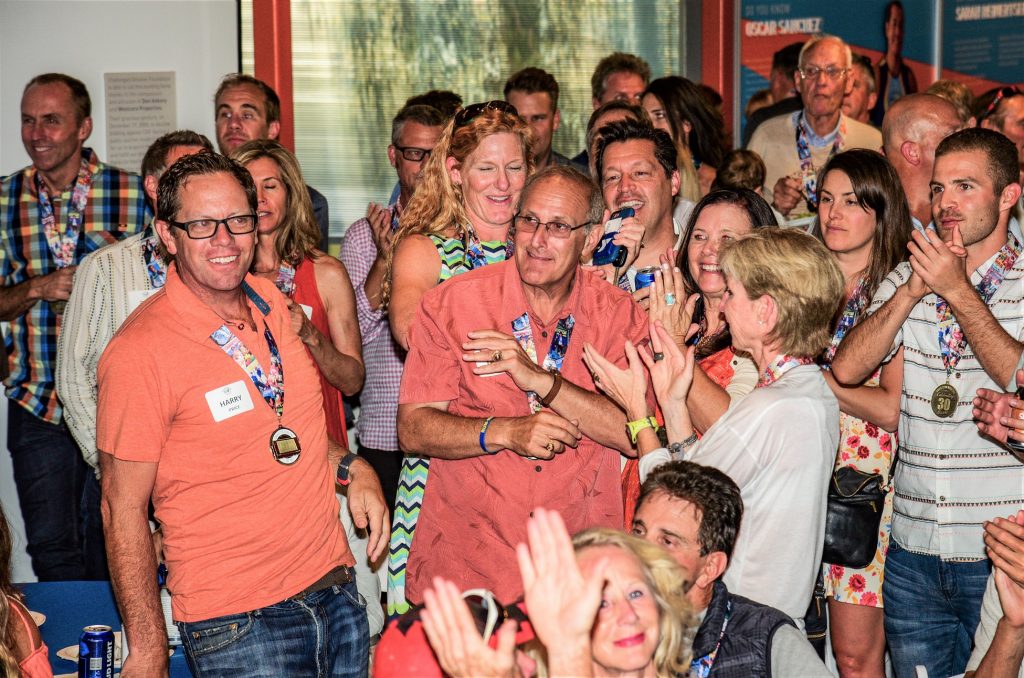 Also in the house were Kathy Kinane, who helped to make the Race for the Cure events so successful plus long time running and triathlon race director Jonathan Pauley and my co-founders of CAF, Jeffrey Essakow and Rick Kozlowski, who also happens to have created most of the triathlons that are still being run here in San Diego.

Lois and I believed that successful events led to successful retail in each and every part of the country where we produced Competitor Magazines and the people in the room created awesome events that not only motivated people to put race numbers on for the very first time, most of their events also stood the test of time. 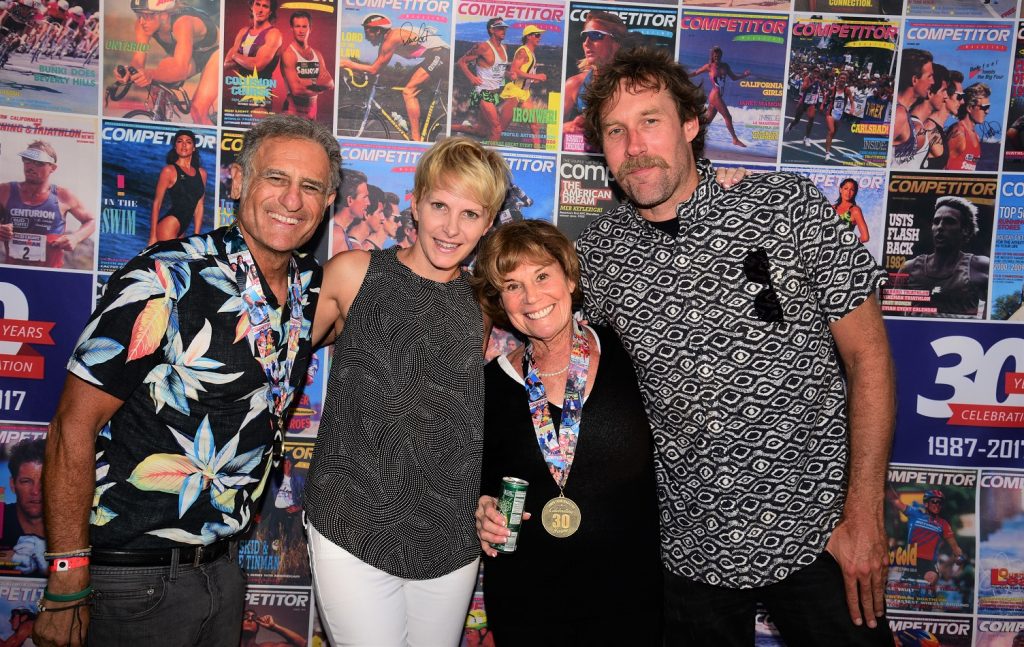 Bob and Lois with Julika Kade and Tyler Ward, the art team that made the magic happen at Competitor Magazine for so many years.

Speaking of the test of time, when Ironman veteran Mike Levine was diagnosed with Pancreatic Cancer in July of 2015, he was told to get his affairs in order and that he had six to nine months to live. Over the past six months, through the support of February 1982 Ironman World Champion and training partner Kathleen McCartney, Mike has gone head-to-head with medical science and continues to defy the odds.

The video and photos here capture the essence of the evening and there wasn’t a dry eye in the house when Mike Levine was presented with a slot to the 2017 Ironman Triathlon World Championship by Kathleen with a stage full of Ironman legends looking on. 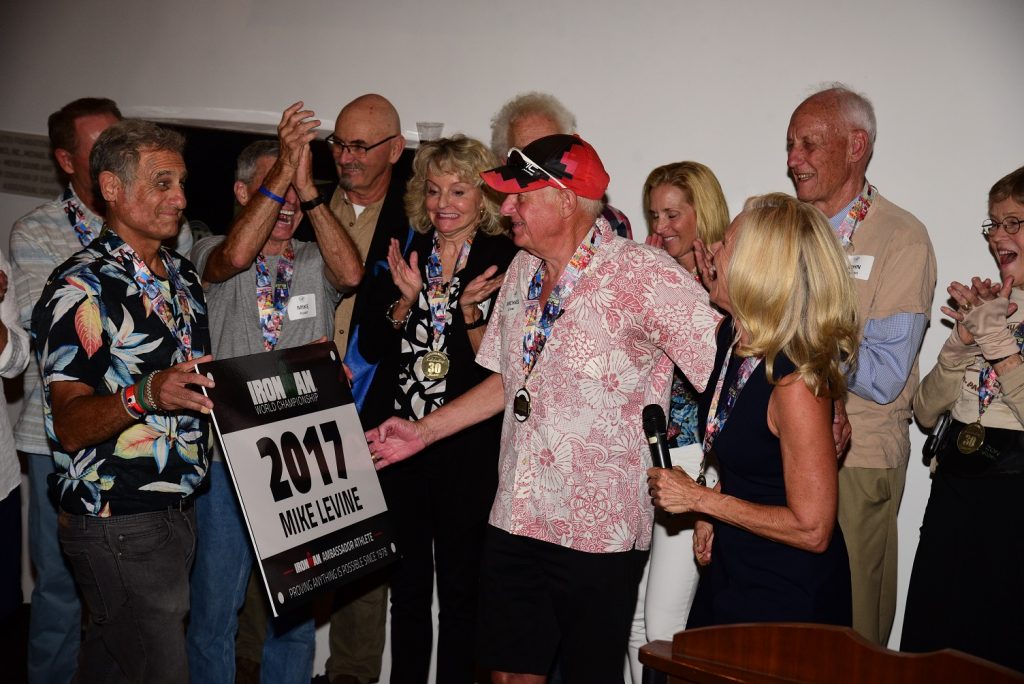 A huge shout out to Dan Berglund and the Ironman folks who helped to make this surprise a reality and to Steve Godwin and Kevin LeClare for capturing the moment, capturing history and creating a spectacular piece of video.

I had so much fun this year, I’m thinking we might need to make this an annual get together. 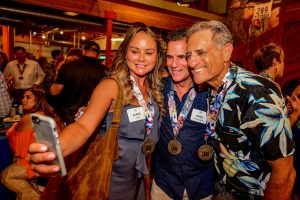 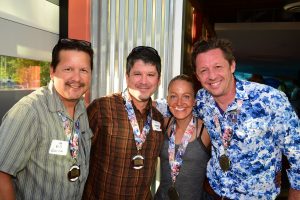 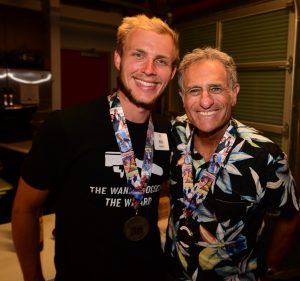 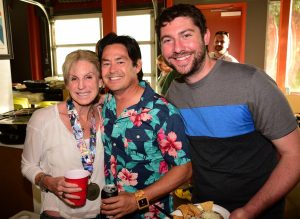 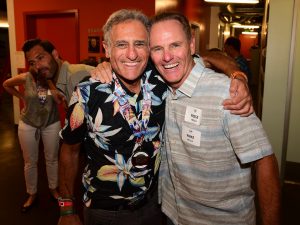 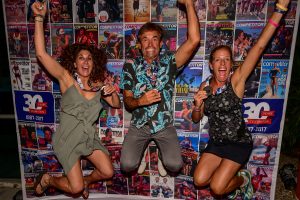 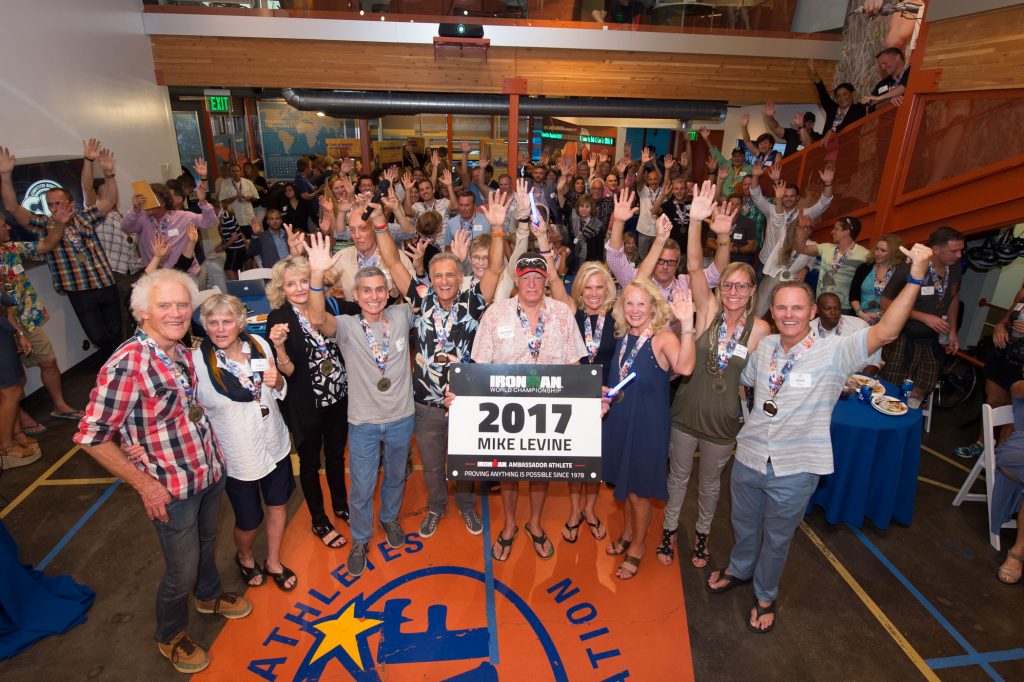 You can check out some of my stories from throughout the years at Competitor Magazine here.