For February 18th, the anniversary of the first Ironman in 1978, we take a look back at the beginning of an event that started on the island of Oahu, and has since grown into a global phenomenon. 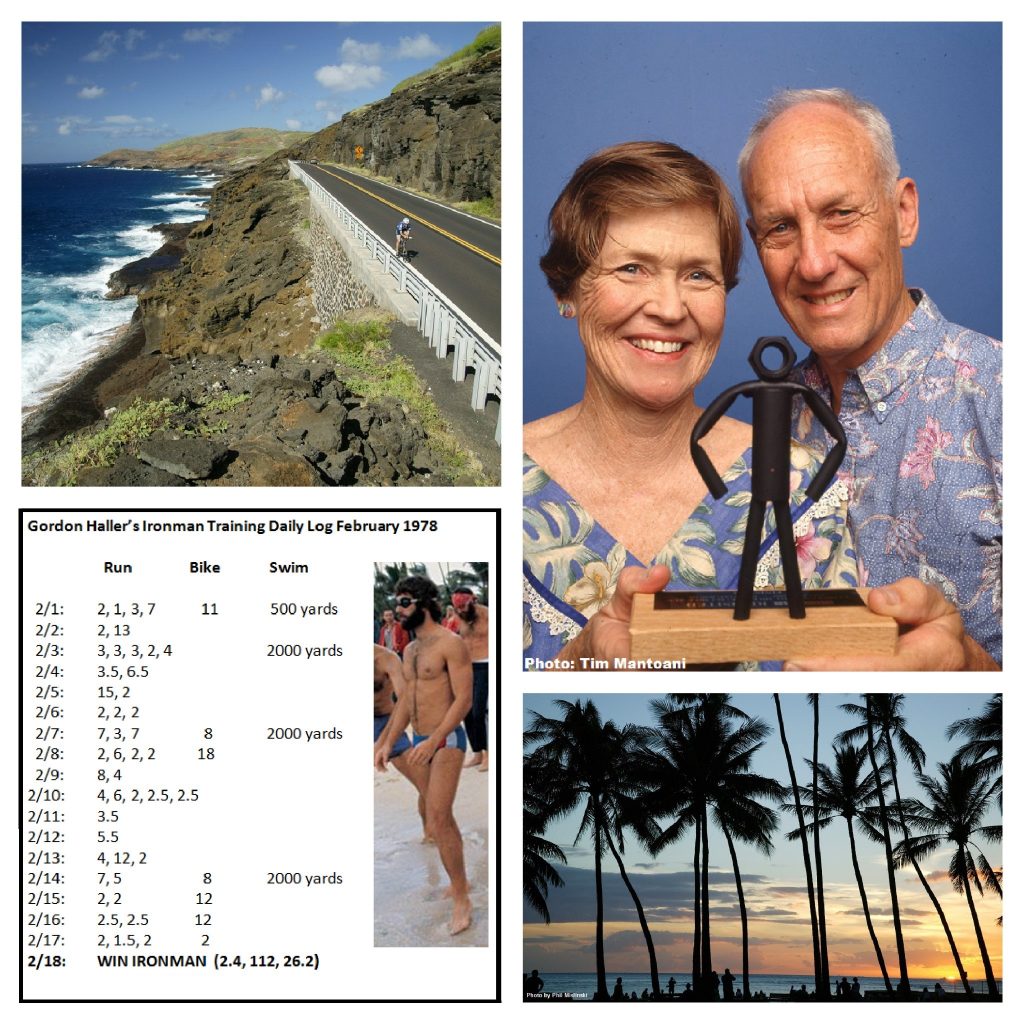 Clockwise: A scene from the bike course of the original Ironman on Oahu. The founders: John and Judy Collins, with a Hole in the Head trophy, first created by John himself. Sunset at Sans Souci Beach in Waikiki, near the swim start and race finish. The 1978 Ironman champion, Gordon Haller, was working as a taxi driver in Waikiki at the time. Here’s Gordon’s training log from the month leading up to Ironman. Yes, those are multiple runs during the day. Gordon ran between fares. 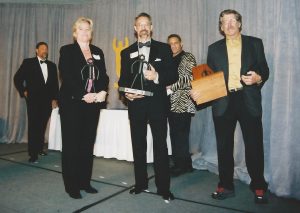 The Originals: We honored ’79 Champion Lyn Lemaire, ’78 Champion Gordon Haller, and ’79 Champion Tom Warren at the Endurance Sports Awards in San Diego in 2003, the 25th anniversary of the original event. 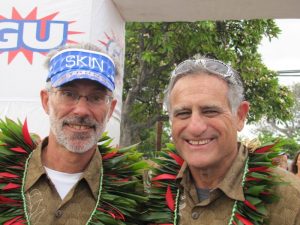 Gordon Haller at the Parade of Nations in Kailua-Kona during Ironman Week, 2013, the 35th anniversary of the original event.

Editor’s Note: I wrote this passage for “1978-1980: The Oahu Years,” in my coffee table book: 25 Years of the Ironman World Championship. I think the message still resonates today.

Imagine: It’s February 1978 and you are one of 15 brave souls standing on Sans Souci Beach in Waikiki. It is exactly 2.4 miles from where you are to where your bike is sitting with your support crew. The waves are rolling in and your stomach is rolling over. After hopefully completing the swim, you will mount up and ride 112 miles around a big chunk of the island of Oahu. If you somehow come through that unscathed, then all that is left to do is the Honolulu Marathon, a mere 26.2 miles, this time on foot. If you finish? You’re an Ironman.

Lewis and Clark and Captain Cook are called explorers. The Fantastic 15 could relate. This eclectic collection of military men and regular folks was seriously going where no man had ever gone before. Lyn Lemaire, the first woman, wouldn’t join the party until the following year, 1979.

People ask all the time: How much has the Ironman changed in 25 years?

The answer is simple. A lot…….and not much. Yes, the bikes are better, people now know how to train and what to eat, and some actually have an idea as to their approximate finish times for each of the three disciplines.

But the forces behind the Ironman still make the day a crapshoot at best. In shorter races, the professionals have their race and their times down to a science. Not in Hawaii, not in the Ironman. The best in the world have at one time or another been relegated to the brink of collapse, to walking the marathon — light stick bouncing on their chest, chicken soup at the ready.

That’s why the finish line is so important, so special. Whether you’re shooting for the $100,000 first-place check like Tim DeBoom in 2002, hoping to be presented with the first ever hole-in-the-head trophy like taxi driver Gordon Haller in 1978, or hoping to be the first 80 year old to cross the finish line under 17 hours like Bill Bell, the Ironman to this day is a beacon for that adventure gene in all of us.

Happy Anniversary to the Ironman Triathlon!

On the 40th anniversary of the first-ever Ironman, we had the honor of having the 1978 champion Gordon Haller join us at a Triathlon Club of San Diego meeting. Here is our chat:

For more on the original Ironman, check out our archives on Babbittville.com, including an interview with John and Judy Collins.