In February of 1982, two young college students changed the course of Ironman history.

Julie Moss led deep into the marathon when she simply ran out of gas and her body shut down. As she staggered toward the finish on Ali’i Drive, Kathleen McCartney moved ever closer. When Moss collapsed 50 feet shy of the line, McCartney passed her for the win.

Then the whole world watched Julie Moss crawl to the finish and throw her arm across that magical finish line.

People watching on ABC’s Wide World of Sports were dumbfounded: Why would anyone do something like that? was the first thought. The second? Where do I sign up!

The Ironman was forever changed that day from an event created for the world’s über-athletes to one that anyone looking for the ultimate challenge should put on their bucket list. And they did. 580 were entered in the February 1982 Ironman. For the October 1982 event, after Moss and McCartney, the number jumped to 850. And the rest… is history. 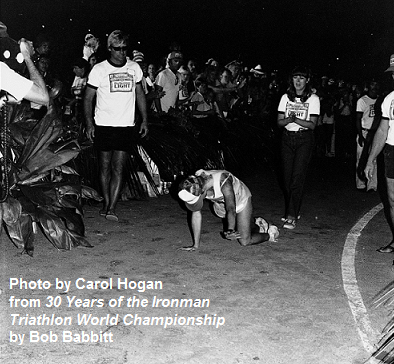 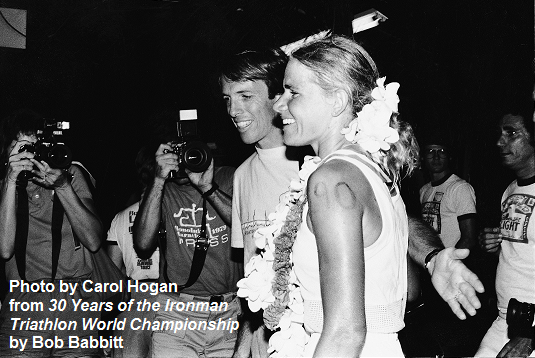 That day in February, on the Big Island of Hawaii, had reverberations around the world, and touched people in many ways….

One person touched by that day was Mike Levine, who was inspired to do the October 1982 Ironman. 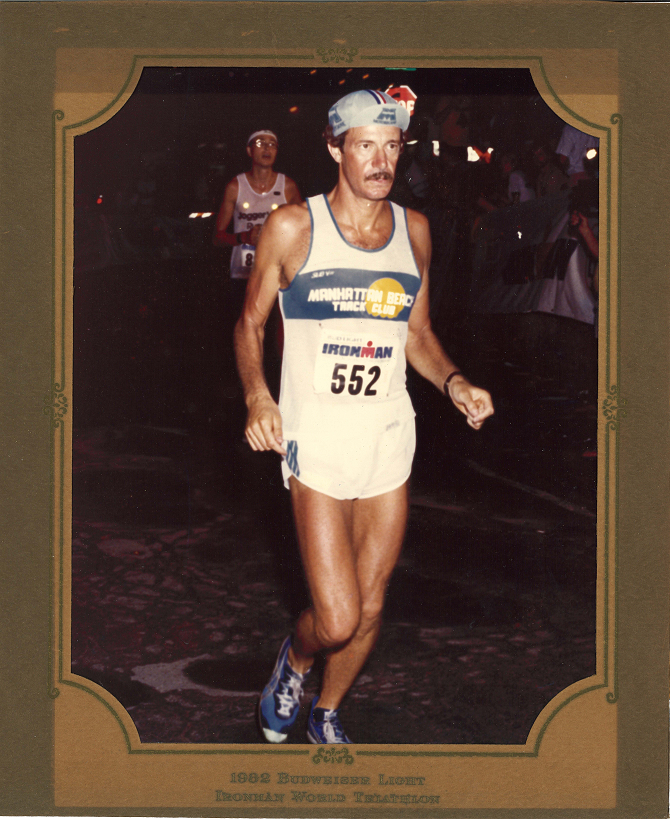 Flash forward 33 years and Mike Levine receives the heartbreaking news that he has Stage 4 pancreatic cancer in July of 2015. He was told to get his affairs in order and that he had six to nine months to live. But since December of 2016, through the support of February 1982 Ironman World Champion and training partner Kathleen McCartney, Mike has gone head-to-head with medical science and continues to defy the odds.

What started out as a ‘let’s get out of the house for a five minute bike ride’ after a number of Mike’s chemotherapy sessions soon turned into hundreds of miles of swimming, cycling, and running together each and every week. “The next thing you know my lungs were clear, I was feeling better than ever and my doctor was telling me to keep doing what I’m doing,” says Mike. “Kathleen came to all of my chemotherapy sessions and definitely saved my life.”

Over the years Kathleen McCartney saw first hand the power of triathlon and the power of Ironman. To be able to inspire and motivate Mike to get off the couch and pursue his dream meant the world to her.

“I knew how important the Ironman has been in my life over the past 35 years.” recalled Kathleen. “I felt that getting back to Kona could have that same type of impact on Mike.”

In June of this year, at our Competitor Magazine 30th Anniversary Party, there wasn’t a dry eye in the house when Mike Levine was surprised with a slot to the 2017 Ironman Triathlon World Championship by Kathleen with a stage full of Ironman legends looking on.

This video from the team at Ironman captures the essence of the evening and Mike’s special moment:

We can’t wait to watch Kathleen and Mike complete the toughest day in sport together at the Ironman World Championship, on the Big Island of Hawaii, on October 14th.

Listen to our Babbittville Radio interview with Mike and Kathleen, recorded a few months before Mike knew he was going to Kona, here.