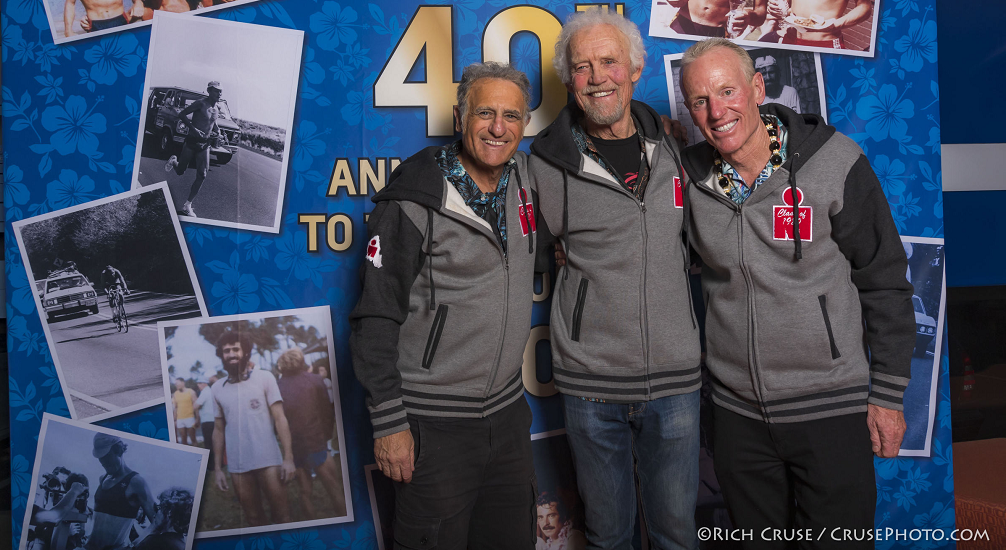 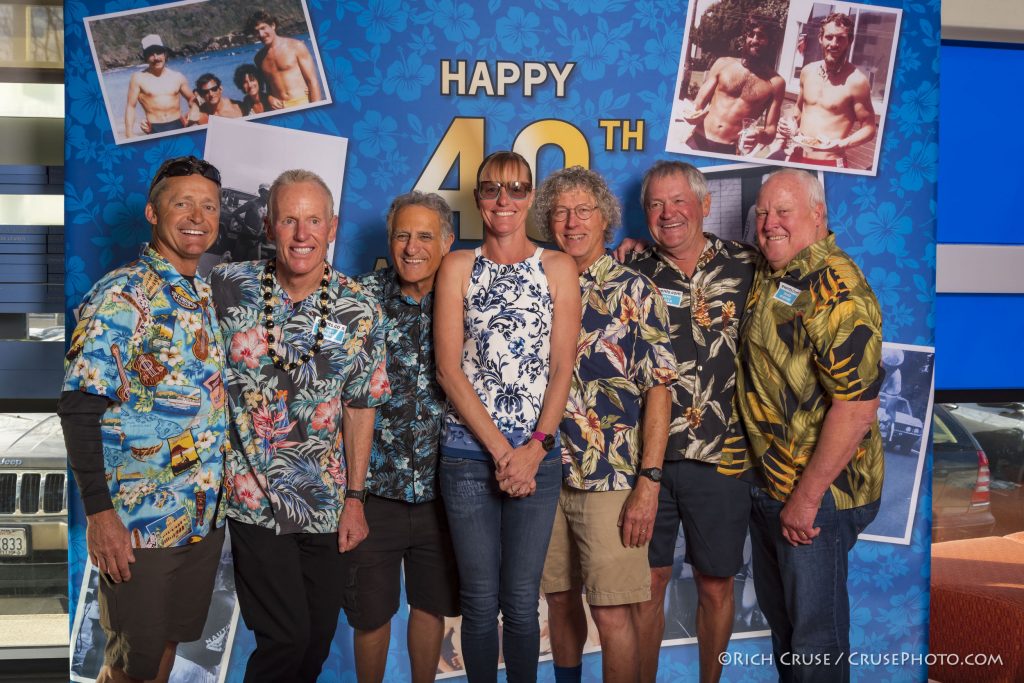 What a great party! Over 150 people joined us at our Challenged Athletes Foundation headquarters on Sunday, March 8th to honor the Ironman Class of 1980, to kick off the 2020 triathlon season, and to remember two amazing people we lost in 2019: Mike Levine and Mike Plant. 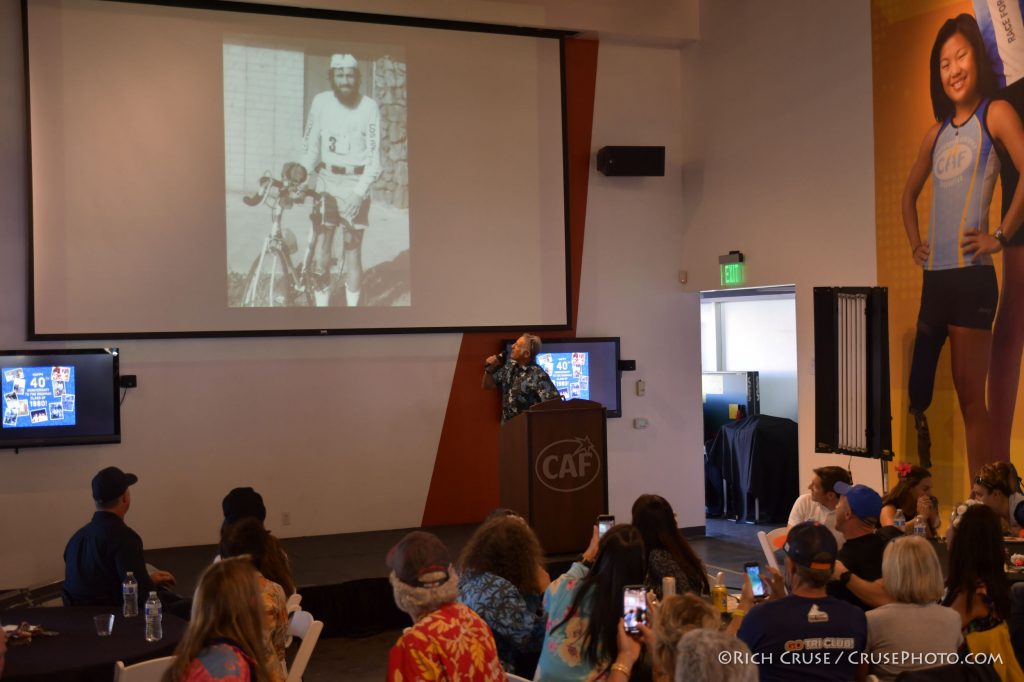 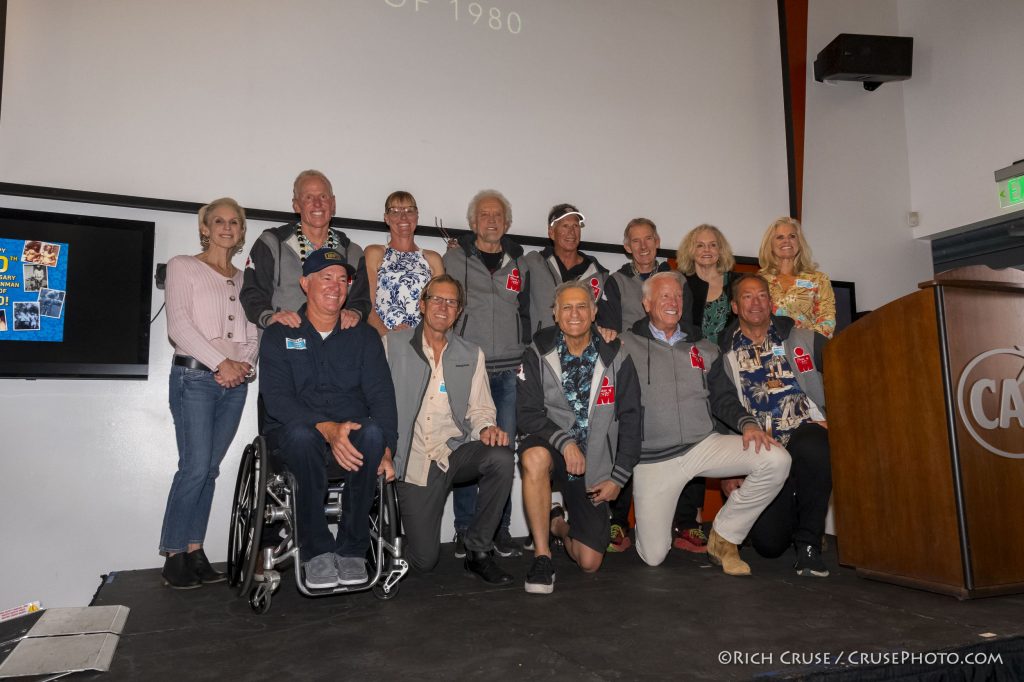 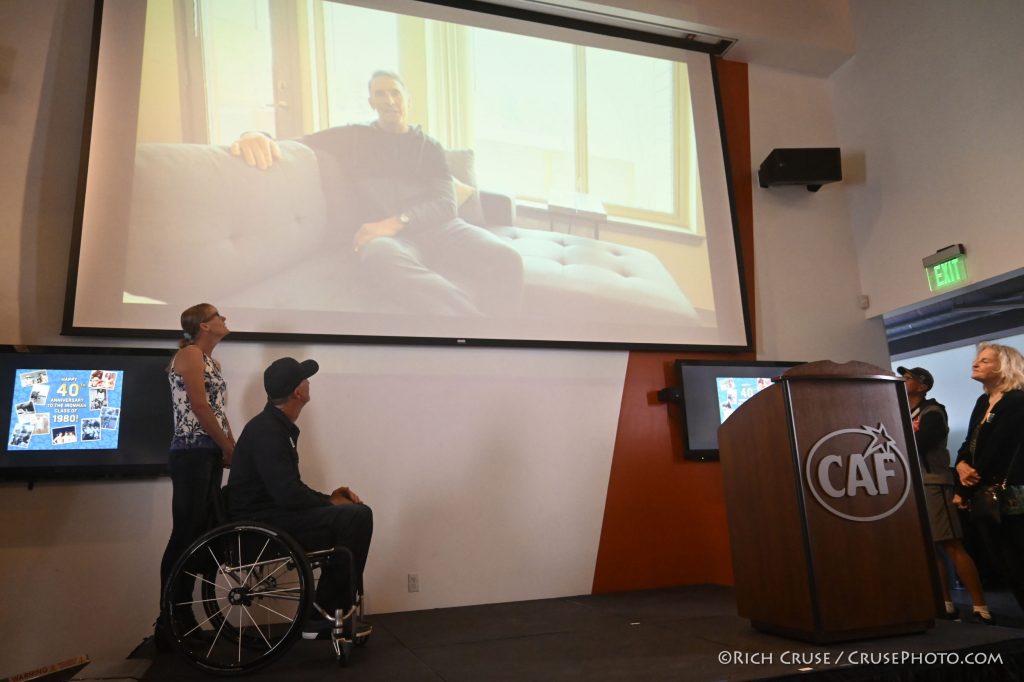 1980 Ironman Champion Dave Scott was unable to attend due to recovery from a recent bike accident, but sent along a heartfelt video message to his fellow class of 80 members 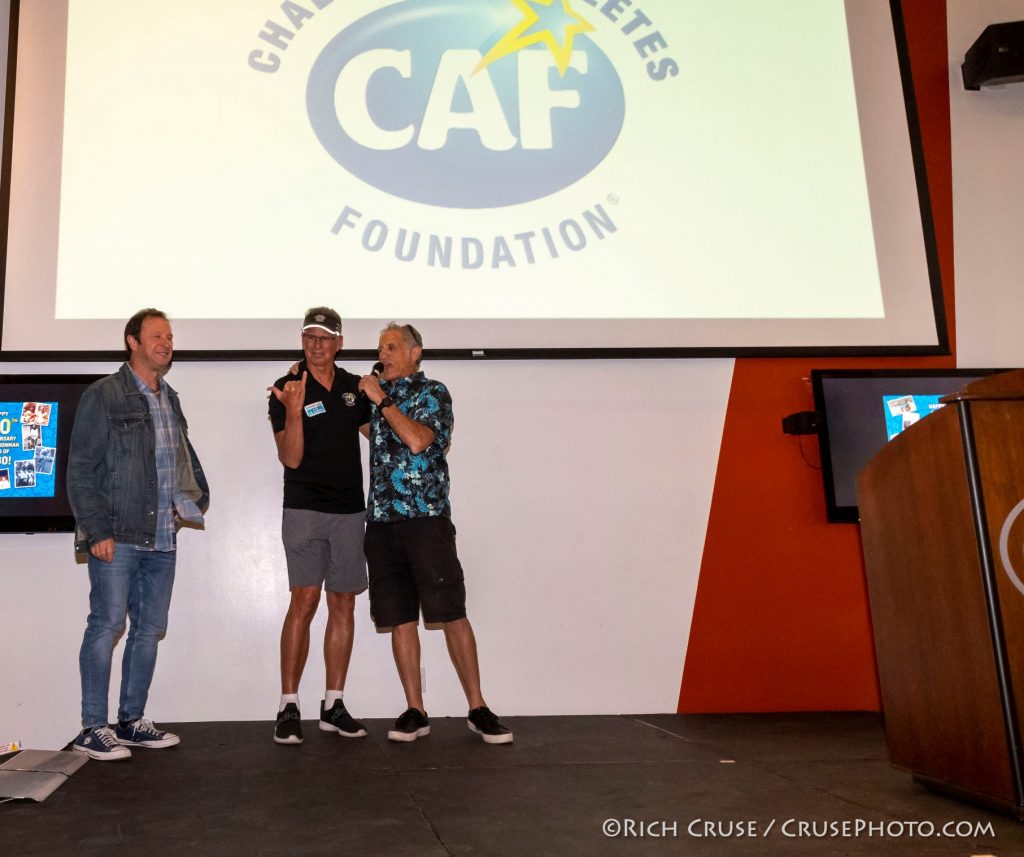 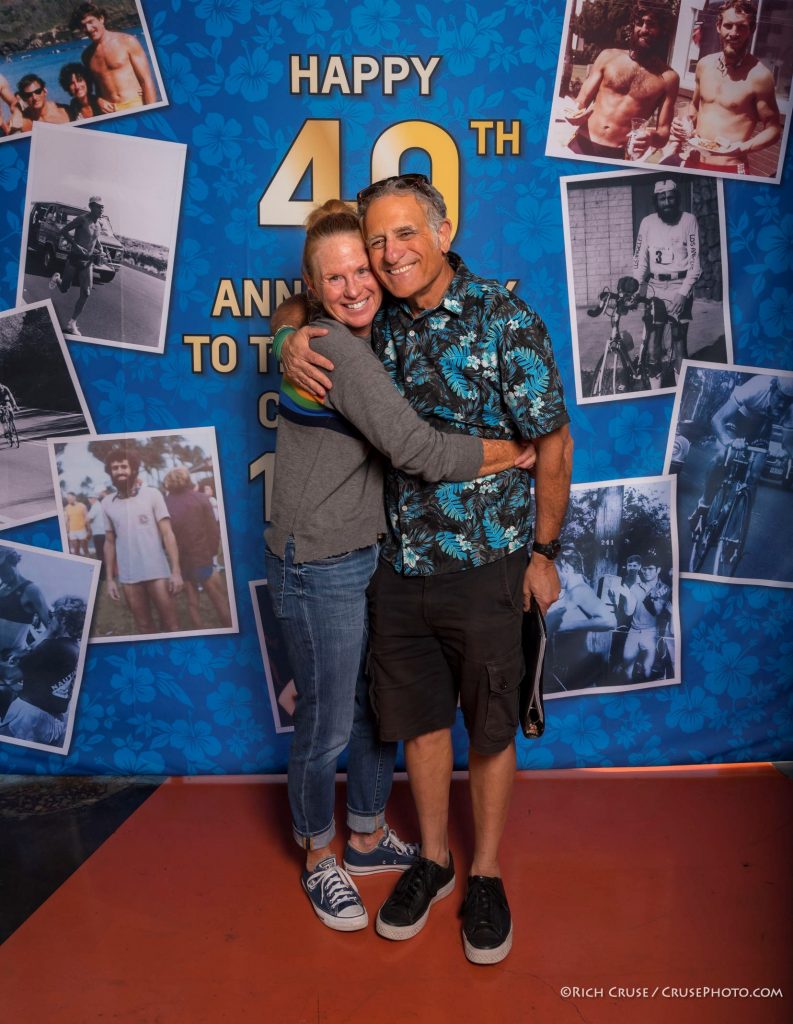 The San Diego Union Tribune did a great feature on the get together and FOX Sports San Diego and KUSI TV were also in the house. 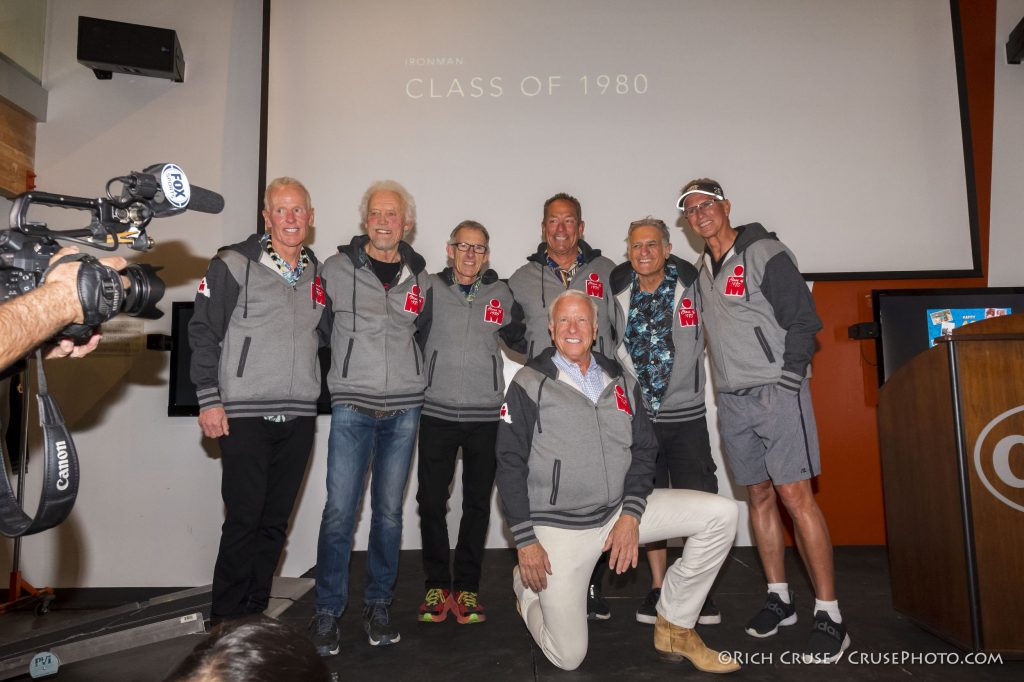 A huge thank you to Events.com for sponsorship of the event, to the Tri Club of San Diego, who unveiled their new TCSD Mercedes Van, and to everyone who took time out of their Sunday to join us to celebrate the greatest sport on earth! 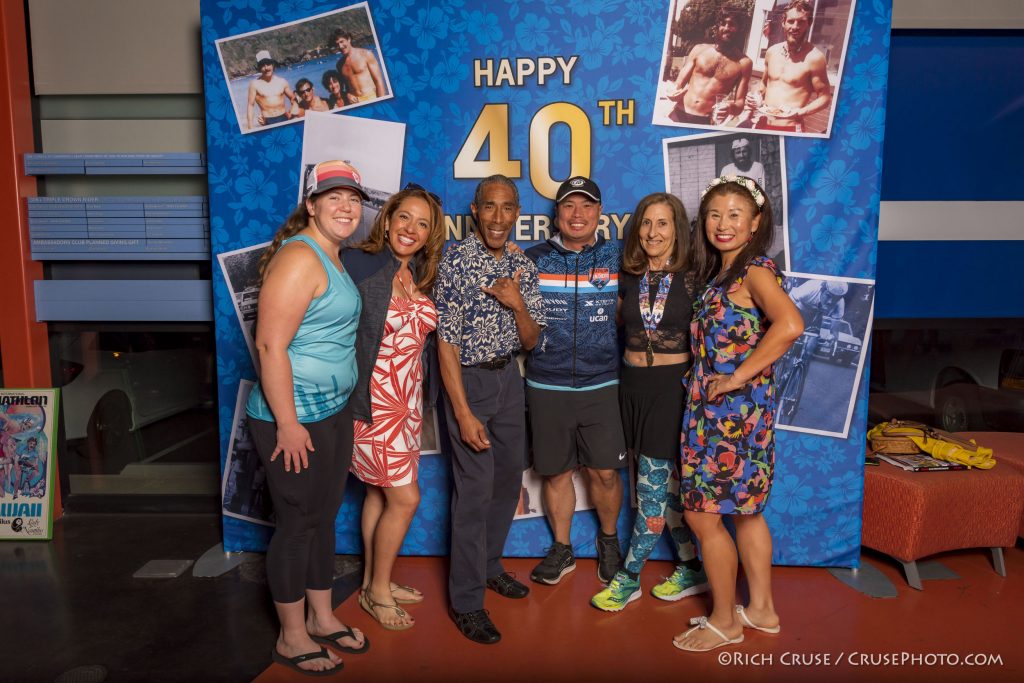 Triathlon Club of San Diego in the house! 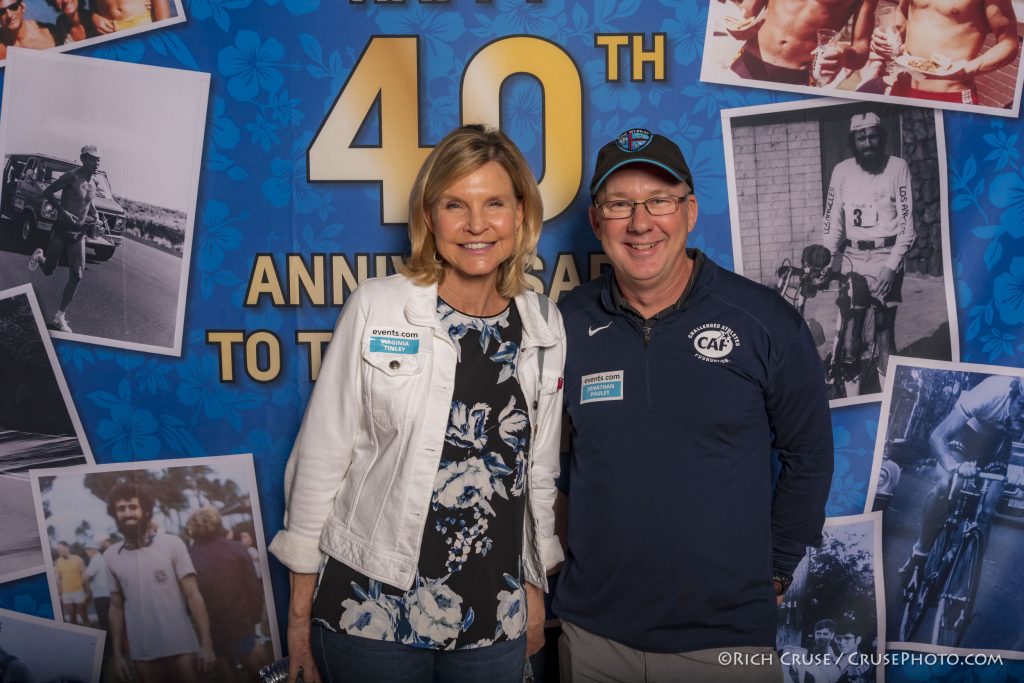 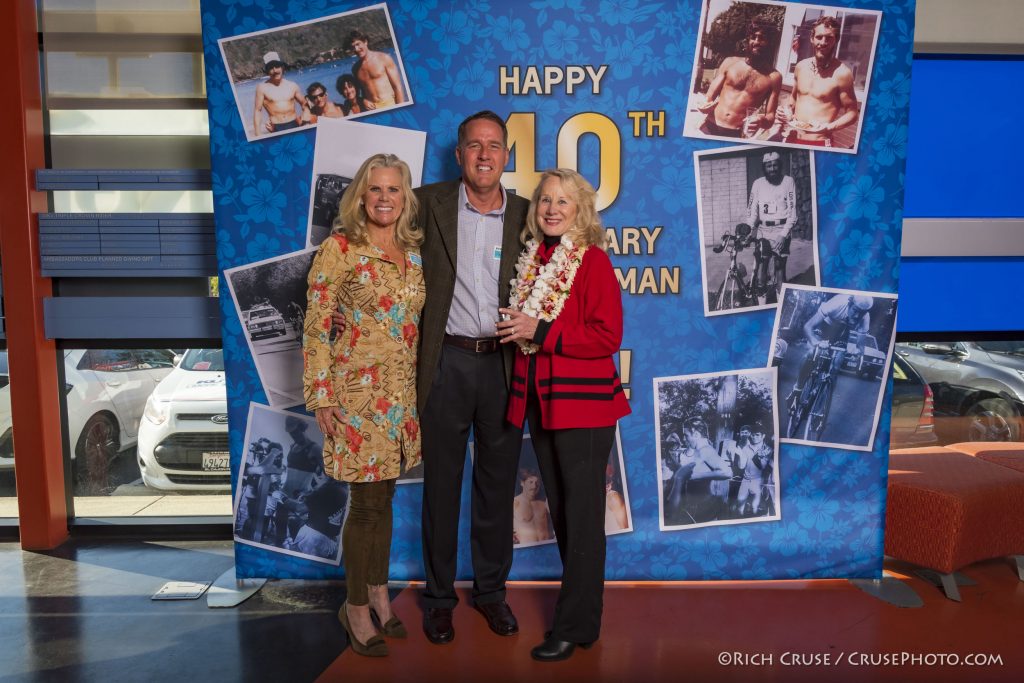 Part of the evening included a remembrance of Mike Levine, who lost his battle with pancreatic cancer at the beginning of the year. Kathleen McCartney and Mike’s incredible doctor Paul Fanta with Jan Levine 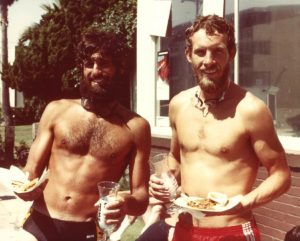 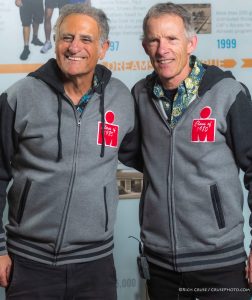 Read more about my first Ironman in 1980 here:

Check out the results from the 1980 Ironman…. 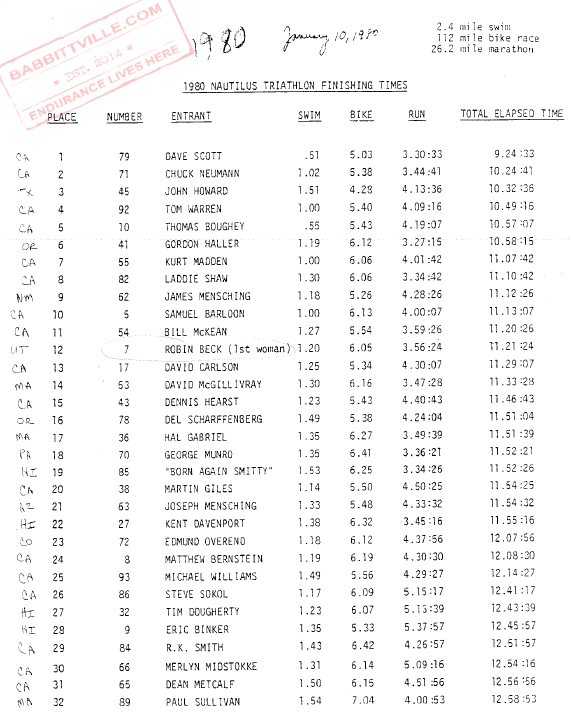 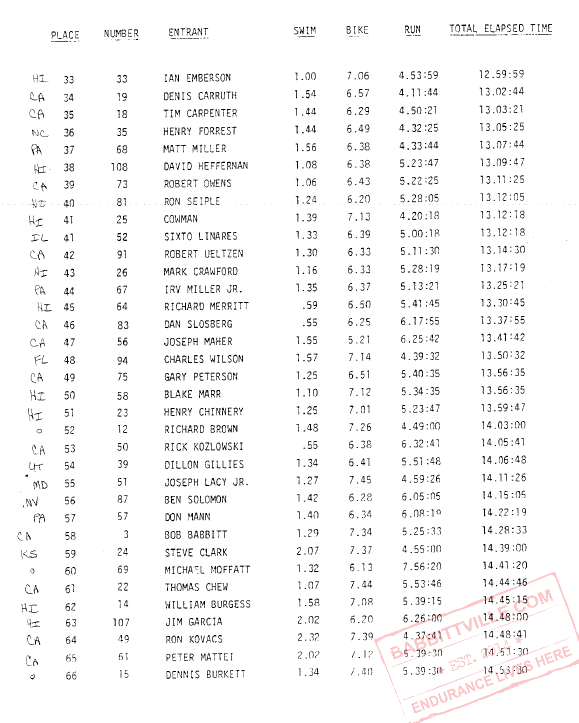 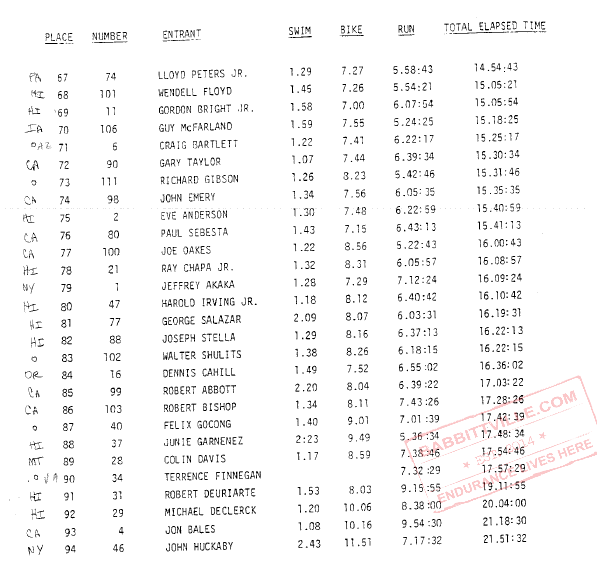