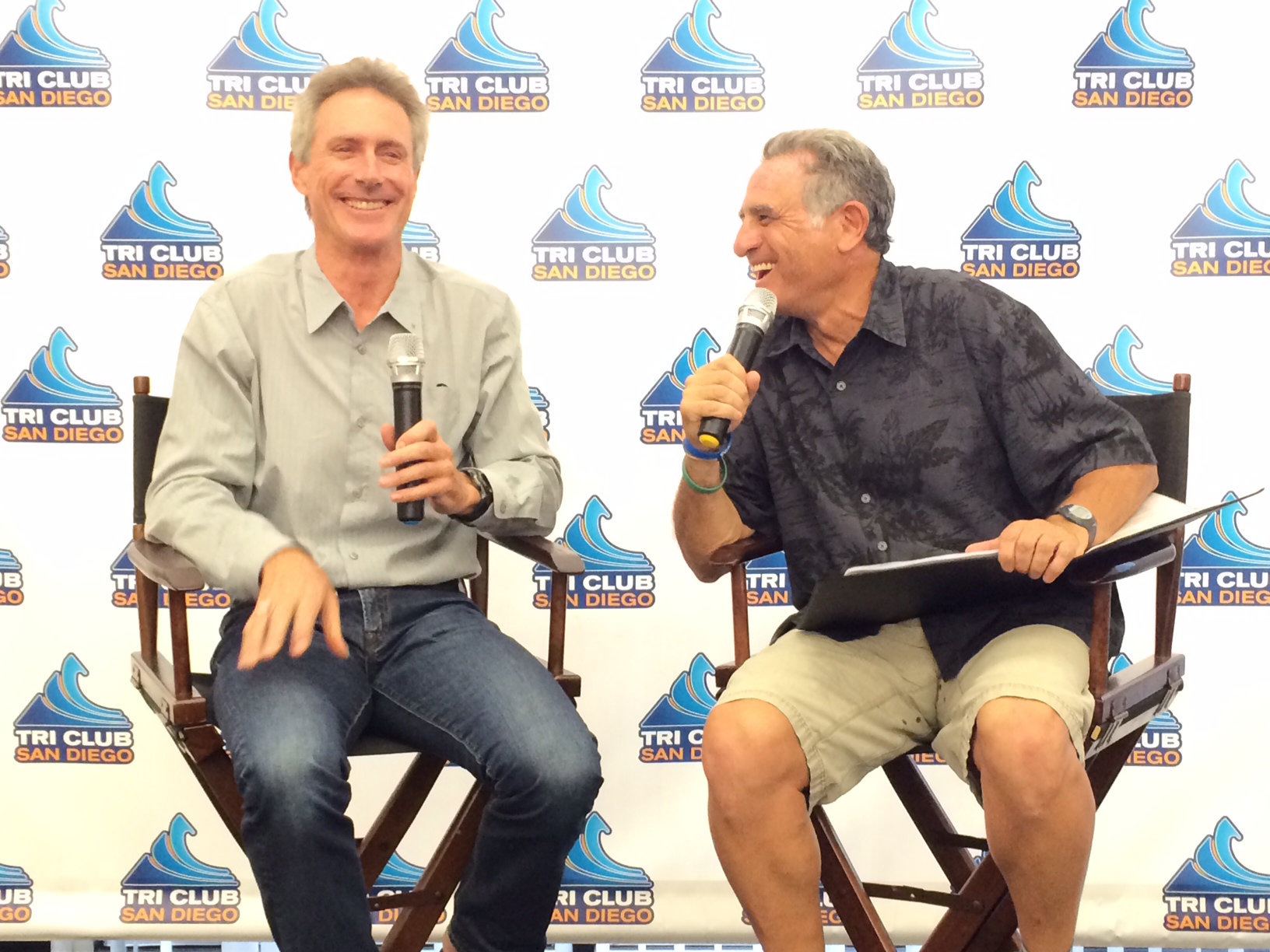 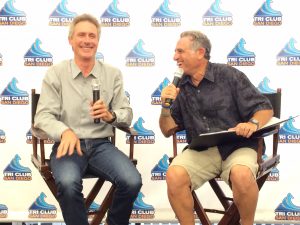 It was one of those very special evenings in front of a packed house of Tri Club of San Diego members at Function Smart in San Diego. The greatest male triathlete in history, six-time Ironman World Champion Mark Allen, joined me for a wide ranging  Q&A that took us from the very beginning of his career -‘Hey Dave, want to go for run after this?’ – to his disappointments in Kona, his breakthrough at the classic Iron War race in 1989 with his nemesis Dave Scott and his final race-and victory- in 1995 where he overcame a seemingly insurmountable 13 minute deficit. Set your computer in front of your bike trainer and get in an hour workout while listening to the greatest of them all share how he did it.