On Saturday, May 6th, Ironman 70.3 St George will bring a stellar field together for the North American Pro Championship. We’ve collected a few of our favorite interviews with some of the stars set to line up for what should be an awesome race! Enjoy! 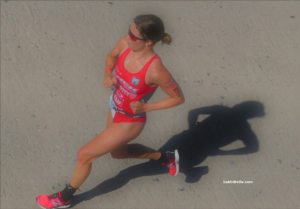 Holly Lawrence comes in to St George on the heels of a dominating win at 70.3 Oceanside.

We chatted with Holly in the Bahamas in October about her awesome 2016 season.

When Holly Lawrence raced the ITU series she didn’t really enjoy it. There is something about the 70.3 distance that really seems to suit her, which became obvious when she won the Ironman 70.3 World Championship in September.

After welcoming son Archie to the world last September, Rachel is now back racing, making her debut in Oceanside in April. It’s great to have Rachel back on the race circuit! Enjoy this interview with Rachel from our Breakfast in Kona series: 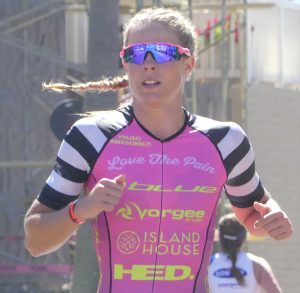 Ellie Salthouse had a great race in Oceanside, finishing second to Holly Lawrence. The rising star continues to impress!

Ellie Salthouse is all of 23 years old, but has been in the sport since she was 11 and turned pro at 16. Coached by the legendary Siri Lindley, Ellie was losing her love for the sport after a number of years of racing the ITU circuit. So after the 2015 season, she decided to focus on non-drafting racing and this summer she won Ironman 70.3 Boulder and Ironman Miami 70.3. 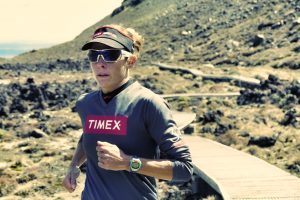 Lisa Roberts has been one of America’s top long distance triathletes for the past few years. Now that she is working with coaching legend Brett Sutton, the sky is the limit! 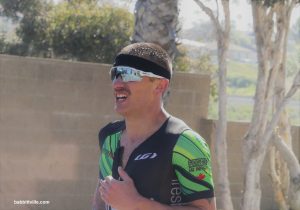 Lionel Sanders won St George last year in 3:48, and comes in to the race this year with a focus on the 70.3 distance and a win at Oceanside in April.

I’ve had the pleasure of interviewing Lionel several times, and each time I learn something more about this fascinating athlete. Enjoy this interview with Lionel filmed in Kona…

Yes, most definitely. I’d say it’s the best race of my career. One of the big things I did on the bike in particular was I was patient. I knew to have any shot I was going to have to be patient. That’s been one of my weaknesses. My personality is the type where I just want to hit it as hard as I possibly can. That race, that run is so grueling and so cruel if you are not prepared for it. I was very patient and I think it was probably my best executed race I ever did. It certainly, thanks to Sebastian, is the hardest I’ve ever pushed myself. The run times don’t do it justice. I most definitely think that would have been a 1:10, maybe even sub 1:10 run on a flat course. It was the best I think I’ve ever pushed myself.

Last year’s St George race was an epic battle between Lionel Sanders and Sebastian Kienle, and this year figures to be the same. Here’s a great interview with the two-time 70.3 World Champion, filmed last April in San Diego….

Sebastian Kienle joined the Tri Club of San Diego for a Q&A. During this wonderful interview with the 2014 Ironman World Champion, Sebastian shared this great story: When he was in the fourth grade, the class was asked to write down what they wanted to be when they grew up. Sebastian answered, without hesitation, ‘Professional Triathlete.’ His teacher’s response?  ‘Is that a real job?’ 22 years later, the answer is obviously yes!

There is no shortage of expected drama and anticipation at this year’s 70.3 St George race, and adding to that is the eagerly awaited debut at an Ironman race of the two-time Olympic gold medalist: Alistair Brownlee. Here’s a classic, in-depth interview with Alistair….

The day after winning the ITU race in San Diego in April of 2013, the Olympic gold medalist – and the best triathlete in the world – Alistair Brownlee and I sat down for a Q&A in front of a huge Tri Club of San Diego audience. This young man is very special.

Another Olympic triathlete who has stepped up to the 70.3 distance is Ben Kanute…

Ben Kanute is only 24 years old but has been competing in triathlon since the age of eight. This past summer he fulfilled a lifelong dream of racing in the Olympic triathlon in Rio. After a third at Ironman 70.3 Puerto Rico, he is primed and ready for Ironman 70.3 St. George!

Here’s another fun interview with Ben, filmed on the finish line in Chicago at the ITU Grand Final:

Ben Kanute knows only one way to race and that’s off the front. Here in Chicago he went for it, led early in the run and toughed it out to finish 20th.

For more interviews, check out our Babbittville YouTube channel