In June of 1987, my business partner Lois Schwartz and I launched Competitor Magazine. We’re celebrating our 30th anniversary this month. I will be featuring a few of my favorite editorials and articles from the magazine. You can also check out 11 of my favorite covers here.

Nervous?  Sure, I guess you could say I’m nervous.  The big man in front of us is pacing slowly back and forth, arms folded, a scowl etched on his brow.  His name is Sandy.  He is our coach.  He reminds us about the importance of the day.  How all the preparation we had put in would allow us to handle the pressure of the moment.

“The whole world will be watching,” he insists.

My palms are I-have-an-oral-report-in-front-of-the-entire-class-for-half-my-grade-in-two-minutes soggy and my left calf muscle keeps twitching uncontrollably.

I rethink the game plan over and over again.  We huddle together after a demand for teamwork and look in each other’s eyes.  Fear. I think what I see and smell is fear.

Sandy tells us to love what we do and never compromise.  We unleash a roar that reverberates in our small, stark, cement dressing room and prepare for the kickoff.

The time before the Super Bowl is spent on preparation and more preparation.  Making sure you have the right footwear.  A slip at the wrong time could mess up everything.  The person I replaced pulled a groin muscle in a mid-season game against the Raiders.

When the ball was kicked off in San Diego 10 years ago for the Super Bowl between the Washington Redskins and the Denver Broncos [January 31, 1988], I was a man on a mission, a team player to the Nth degree.  When someone came to our kiosk, I knew that the fries and the onion rings they took back to their seats had to be the best of the best, that they were a reflection of me.  I almost slipped on a grease slick near the fryer in the second quarter, but I maintained my balance and got the job done.

After halftime, I took a break and walked around the stadium.  I wore my team-issue white shirt, white sailor-type hat, apron and black steel-toed shoes and found a spot in the back row of the field-level seats.  I was actually at the Super Bowl.

Okay, so I wasn’t actually playing in the game.  But in a small way I was part of the action.  Our team prepared for that game as if we were playing for the Lombardi Trophy ourselves.  We had pride in ourselves, pride in our job and pride in our team.  We did whatever it took to get the job done.

Sandy’s message was that no matter what you do in life, have pride in the final outcome.  When I took off my apron at the end of the day and handed it back to Sandy, I knew I had learned some lessons that would carry over to this little magazine called Competitor that my partner Lois and I had just started in June of 1987, just seven months before that Super Bowl. 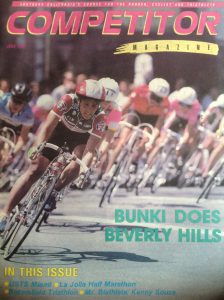 I was proud to make $10 an hour cooking up french fries and onion rings.  Sandy spent three hours after the game making sure our kiosk looked as good as new.  He didn’t just lead, he led by example.  He carried potatoes, he schlepped trash.

“If you love what you do,” he told us, “there is no job that is beneath you.”

A few months ago, our high school intern Noah met me at the Arturo Barrios 10K.  He wanted to help out at a race.  We passed out magazines, laughed with some of the other runners, covered the elite race and chatted with Steve Scott and Arturo Barrios.

People sometimes see me at the races and ask me why the heck I’m still out there handing out the magazine when I could hire someone to do it for me.  “Why the heck would you get up at 4:30 in the morning to do this?”  they always ask.

I just shrug my shoulders and keep handing out Competitors.  Noah was one of the few who, after spending a few hours with me, grasped the real truth about what I do.  He sounded a bit like my old boss Sandy.

“Do you get to do this every weekend?” Noah asked.

He understood. I get to hang out with the best athletes in the world and go to cool early-morning fitness parties year ‘round.  I love what I do.

I smiled. “Yep, Noah… every weekend.” 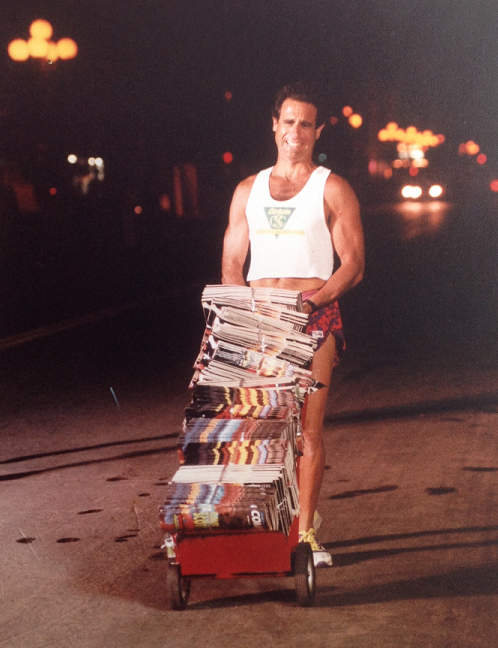