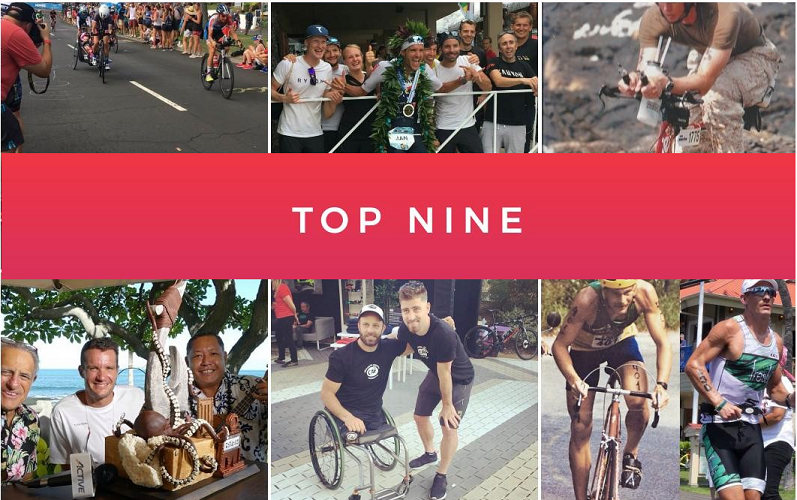 Thank you to all our great Babbittville on Instagram friends for following along with us in 2019 as we celebrated the wonderful world of endurance sports and all the amazing athletes we got to spend time with and the events we got to enjoy.
Here’s a look back at our Top Nine Instagram posts from 2019…. 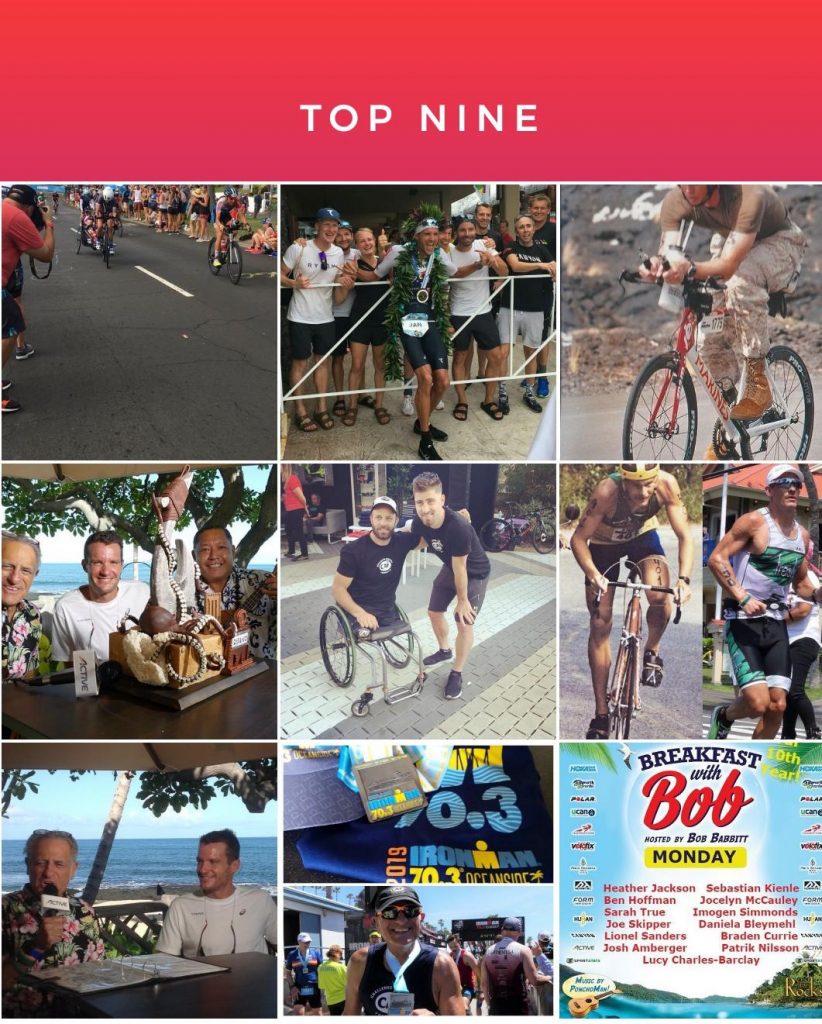 9. Breakfast with Bob from Kona Monday and Tuesday Schedules

In 2019 we celebrated our 10th edition of Breakfast with Bob from Kona. It was a great 6 days of interviews, starting on Monday, October 7th with a jam-packed schedule

We’re one week away from our 2019 edition of Breakfast with Bob from Kona – our 10th year! Looking forward to getting things kicked off next Monday, October 7th. Pleased to present our line ups for Monday and ▶️ Tuesday. Watch on Facebook and the Babbittville YouTube channel. Stay tuned for more line ups tomorrow! . . @hokaoneone @polarglobal @genucan @velofix @canyon_na @ntrecovery @sportstats.ca @activedotcom @amphuman @formswim @fshualalai #bwbkona

Relive all the fun of Breakfast with Bob from Kona Day 1: WATCH the Monday interviews here.

Relive all the fun of Breakfast with Bob from Kona Day 2: WATCH the Tuesday interviews here.

It’s great when an Ironman 70.3 takes place right in your backyard, and I try to race Oceanside every year. It’s a big race for our Challenged Athletes Foundation Operation Rebound program, and getting to race alongside so many of our CAF athletes and supporters is awesome.

Happy #MedalMonday everyone! Who raced Oceanside 70.3? What a great day. So fun to race locally, and spend race day with so many friends. ▶️ Thank you to everyone racing in support of the Challenged Athletes Foundation’s Operation Rebound program, raising over $97K. And thank you to everyone out on the course cheering. Finish line photo 👉🏽 @crusephoto

7. Jan Frodeno on Championship Edition of Breakfast with Bob…

Jan Frodeno returned to the podium in Kona in 2019, and that meant joining us on Sunday morning at the Four Seasons Resort Hualalai for a Breakfast with Bob Championship Edition post-race chat.

Nice setting for a post-race chat with the 2019 Ironman World Champion today for Championship Edition of Breakfast with Bob from Kona. Thank you Jan for joining us. Watch the interview on the Babbittville YouTube channel. #bwbkona #imwc

Separated at birth? They are both legendary racers, and they share an uncanny resemblance….

When I first put out the photo of Dean Harper, we got comments about him reminding people of Lionel Sanders… Well, here you go: On the left is Dean Harper, racing in Rio in 1984. On the right is Lionel Sanders, racing in Kona in 2017. Dean won the first ever Wildflower Triathlon Lionel won the first ever Ironman 70.3 Indian Wells We’ve got interviews with both up on Babbittville Radio > link in bio

LISTEN to our Babbittville Radio interview with Dean Harper here.

LISTEN to our Babbittville Radio interview with Lionel Sanders here.

He’s an uber cyclist with a personality that’s off the charts…Peter Sagan spent a weekend in San Diego in support of the Challenged Athletes Foundation and could not have been more generous with his time and energy.

It’s been a really fun weekend, with the great Peter Sagan in town for his Sagan Fondo Gran Roadie Oh. He has been so generous with his time and support for the Challenged Athletes Foundation. #TeamCAF @saganfondogranroadieoh

4. Championship Edition at Four Seasons Hualalai with the Ironman Top 3

It’s become a tradition at our Championship Edition of Breakfast with Bob: the pastry chef at Four Seasons Resort Hualalai creates two incredible chocolate sculptures for the Ironman World Champions, and we present them on air during our post-race interviews.

▶️ Thank you to our Championship Edition guests and to @FSHualalai for hosting Breakfast with Bob from Kona for our post-race interviews. A great setting to chat with the top 3 finishers about their races Watch all the interviews on the Babbittville YouTube channel. #bwbkona #imwc . . Thank you to our wonderful partners for an incredible 6 days of Breakfast with Bob interviews @hokaoneone @polarglobal @genucan @velofix @ntrecovery @sportstats.ca @canyon_na @activedotcom @formswim @amphuman @ashworthawards @headsweats @fshualalai @huggosontherocks

The Ironman World Championship is hard enough in the most technologically advanced equipment, but how about doing it in Boots and Utes….

From the #KonaCountdown archives, one of my favorite Ironman stories, and a reminder on #VeteransDay of the honor, strength, and dedication of all who serve: Boots and Utes: William “Wild Bill” Connor came to Kona in 2008 to do the Ironman. His had been a long journey just to start the race since he’d been applying to get in through the Ironman lottery since 1996. He also was racing for a bigger purpose that day. During his four tours of duty in Iraq, he lost a number of good friends. So on race day he dedicated the swim, bike, and run to three of those colleagues. In order to truly honor them, during the bike ride he wore an eight pound combat helmet perched on his head, full length utilities, known as utes, plus his marine-issue boots modified for his Speedplay pedals. His feet went numb 20 miles into the 112 mile bike ride, but he was in luck! Another pair of boots was waiting for him when he started the marathon. “By mile three I had blisters on both feet,” he admitted. We look at Ironman as a day of sport, a day of entertainment, a day of perseverance, a day of celebration, and a day that proves to each of us how far the human body can be pushed. For Second Lieutenant Marine Corporal Wild Bill Conner, he looked at Ironman as a way to honor three heroes and their families. Which meant that boots and utes were the perfect dress for the occasion.

2. Jan Frodeno and His Iron Crew

Celebrating is best when done with friends and family….

Team Liza, mom Beth and daughter Liza, captured everyone’s attention at the 2019 Ironman World Championship as they attempted to become the first mother-daughter duo to complete the toughest day in sport together. Beth, pulling Liza in a raft, completed the swim in 1:44, and made it through the grueling bike, but missed the cut-off by 13 minutes. This short video clip of Beth and Liza climbing up Palani showed just how tough Beth is and that she would do anything for her daughter.

WATCH our pre-race Breakfast with Bob interview with Beth and Liza James here.